President-elect Joe Biden is set to nominate Katherine Tai to be the top U.S. trade envoy, according to two people familiar with his plans. 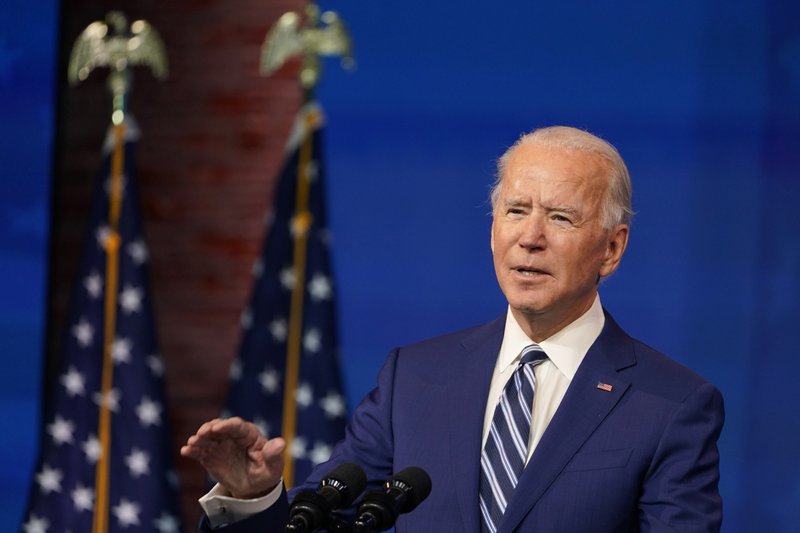 President-elect Joe Biden speaks during an event to announce his choice of retired Army Gen. Lloyd Austin to be secretary of defense, at The Queen theater in Wilmington, Del., Wednesday, Dec. 9, 2020. (Photo: AP)

Tai, who is chief trade counsel for the House Ways and Means Committee, will be tapped as the U.S. Trade Representative, according to the two people, who spoke on condition of anonymity because they weren’t authorized to speak publicly about it.

The role is a Cabinet position, and the Senate will vote on whether to confirm Tai for the position. Biden's selection of Tai, who is Asian American, reflects his promise to choose a diverse Cabinet that reflects the makeup of the country.

As the top trade staffer at Ways and Means, Tai handled negotiations last year with the Trump administration over a revamped North American trade deal. Under pressure from congressional Democrats, Trump’s trade team agreed to strengthen the pact to make it easier for Mexican workers to form independent unions and demand better pay and benefits -- decreasing the incentives for U.S. firms to move south of the border to take advantage of cheap and compliant labor.

The administration also dropped from the new U.S.-Mexico-Canada Agreement what Democrats considered a giveaway to pharmaceutical companies that could have kept drug prices high.

Tai is considered a problem-solving pragmatist on trade policy, which often breaks down into an ideological divide between free traders and protectionists. In a letter to Biden on Nov. 24, California Democratic Rep. Judy Chu, chair of the Congressional Asian Pacific American Caucus, and nine other female House members praised Tai’s “experience and diplomatic abilities’’ and said she is “uniquely qualified’’ to deal with Canada and Mexico on the USMCA and with U.S.-China trade tensions.

“Ms. Tai has the experience she needs to succeed as USTR, and her record of getting wins for American workers demonstrates she knows how to champion the values that matter to U.S. families,” Wyden said. “She worked closely with me and my staff to craft the strongest ever protections for American workers in a trade agreement, and pass them into law with bipartisan support.”

He urged Senate Republicans to quickly confirm her.