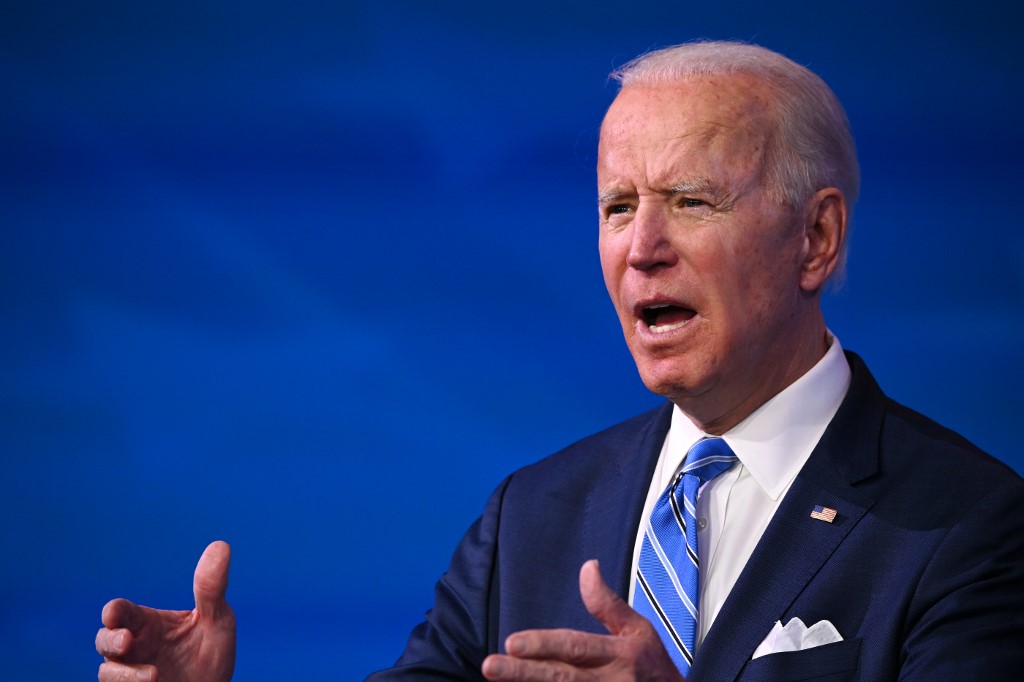 US President-elect Joe Biden delivers remarks on the public health and economic crises at The Queen theater in Wilmington, Delaware on January 14, 2021. (Photo: AFP)

WASHINGTON, Jan. 14 (Xinhua) -- Less than a week ahead of inauguration, U.S. President-elect Joe Biden on Thursday unveiled a 1.9-trillion-dollar COVID-19 relief bill, indicating the urgency to fight the raging pandemic and bolster the ravaged economy amid surging coronavirus cases.

"Just as we are in the midst of a dark winter of this pandemic as cases, hospitalizations, and deaths spike at record levels, there is real pain overwhelming the real economy," Biden said in a speech to the nation from Wilmington, Delaware Thursday night.

Noting that some 18 million Americans are still relying on unemployment insurance, and some 400,000 small businesses have permanently closed their doors, Biden said "a crisis of deep human suffering" is in plain sight. 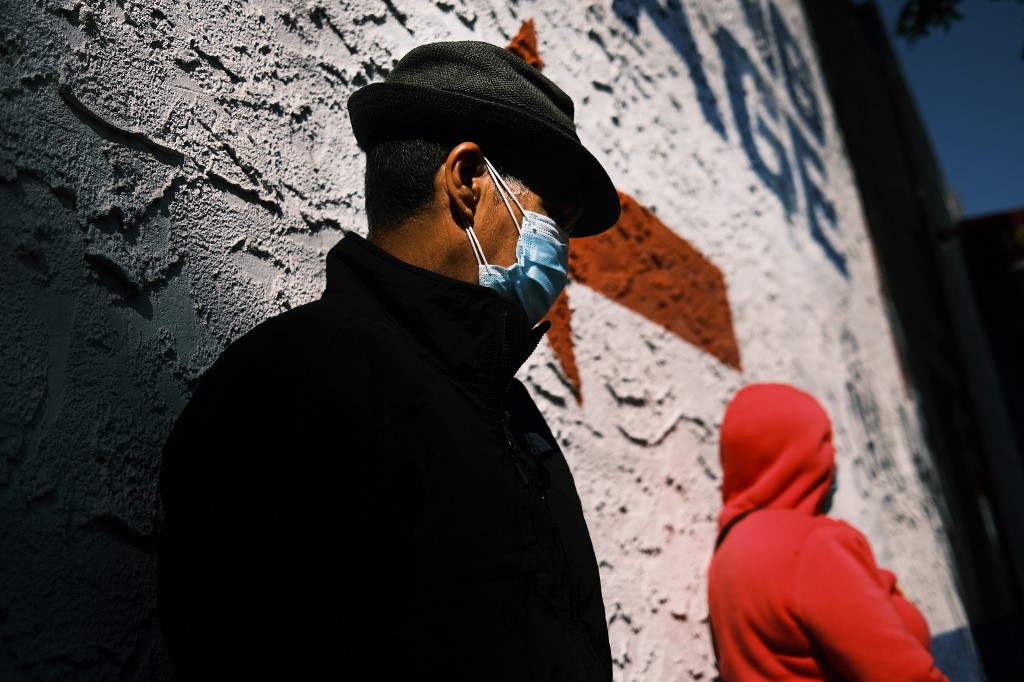 In this file photo taken on October 17, 2020, people wait in line to receive food at a distribution site at a Bronx church in New York City. (Photo: AFP)

"And there is no time to wait. We have to act and act now," he said.

Biden's remarks came on the same day as the Labor Department reported that initial jobless claims in the country soared to 965,000 last week, the highest level since August, signaling severe disruption to the labor market recovery by COVID-19 spikes.

According to the monthly employment report released by the Labor Department last week, U.S. employers slashed 140,000 jobs in December, marking the first monthly decline in employment since April 2020.

"The worsening state of the pandemic is bearing down on the labor market," Sarah House, senior economist at Wells Fargo Securities, wrote in an analysis. "Ten months into the pandemic, job instability remains tremendous," she added.

Meanwhile, the country reported a staggering 1.7 million new COVID-19 cases in the last seven days, with roughly 23 million total cases recorded and total death toll surpassing 380,000 so far, according to the latest data from the U.S. Centers for Disease Control and Prevention (CDC).

In his speech, Biden announced a two-step plan of rescue and recovery, the first being the American Rescue Plan, which will "tackle the pandemic" and get direct financial assistance and relief to Americans "who need it the most."

"I know what I just described does not come cheaply, but failure to do so will cost us dearly," said the president-elect. "The consensus among leading economists is we simply cannot afford not to do it."

In his speech, Biden highlighted a widening economic divide among Americans, noting that one won't see the real pain in the real economy if the score card is how things are going on Wall Street. 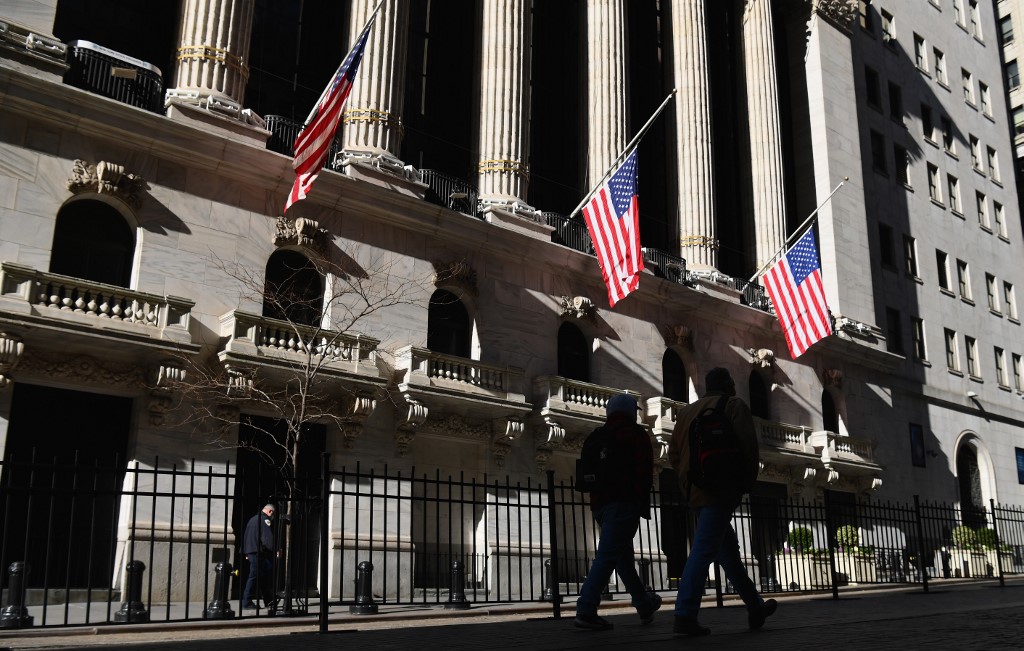 "You will see it very clearly if you examine what the twin crises of the pandemic and the sinking economy have laid bare: the growing divide between those few people at the very top who are doing quite well in this economy -- and the rest of America," said the president-elect.

Since this pandemic, the wealth of the top 1 percent has grown by roughly 1.5 trillion dollars, four times the amount of the entire bottom 50 percent, he said.

Biden's view of a K-shaped economic recovery mirrored that of many economists, as well as U.S. Federal Reserve officials.

At a virtual event on Wednesday, Federal Reserve board governor Lael Brainard noted that damage from COVID-19 is concentrated among "already challenged groups."

For example, Fed staff analysis indicates that unemployment is likely above 20 percent for workers in the bottom wage quartile, while it has fallen below 5 percent for the top wage quartile.

Labor force participation for prime-age workers has declined, particularly for parents of school-aged children, where the declines have been greater for women than for men, and greater for Black and Hispanic mothers than for White mothers, said the Fed official.

Biden said the 1.9-trillion-dollar rescue plan includes immediate relief for Americans "hardest hit and most in need," such as direct payments of 1,400 dollars per person for working families, which is on top of the 600-dollar checks in the 900-billion-dollar relief package approved in December.

The new proposal would boost federal unemployment benefits to 400 dollars per week, up from the 300 dollars per week approved in the 900-billion-dollar package, and extend the measure through the end of September.

The president-elect also called on Congress to raise the minimum wage to 15 dollars per hour, up from the current 7.25 dollars per hour, and to offer affordable child care that will enable parents, particularly women, to get back to work.

The newly unveiled relief plan immediately draw applause from Democratic leaders, who have been advocating for more fiscal aid in previous rounds of negotiations with Republicans.

"It shows that Democrats will finally have a partner at the White House that understands the need to take swift action to address the needs of struggling communities," they said. 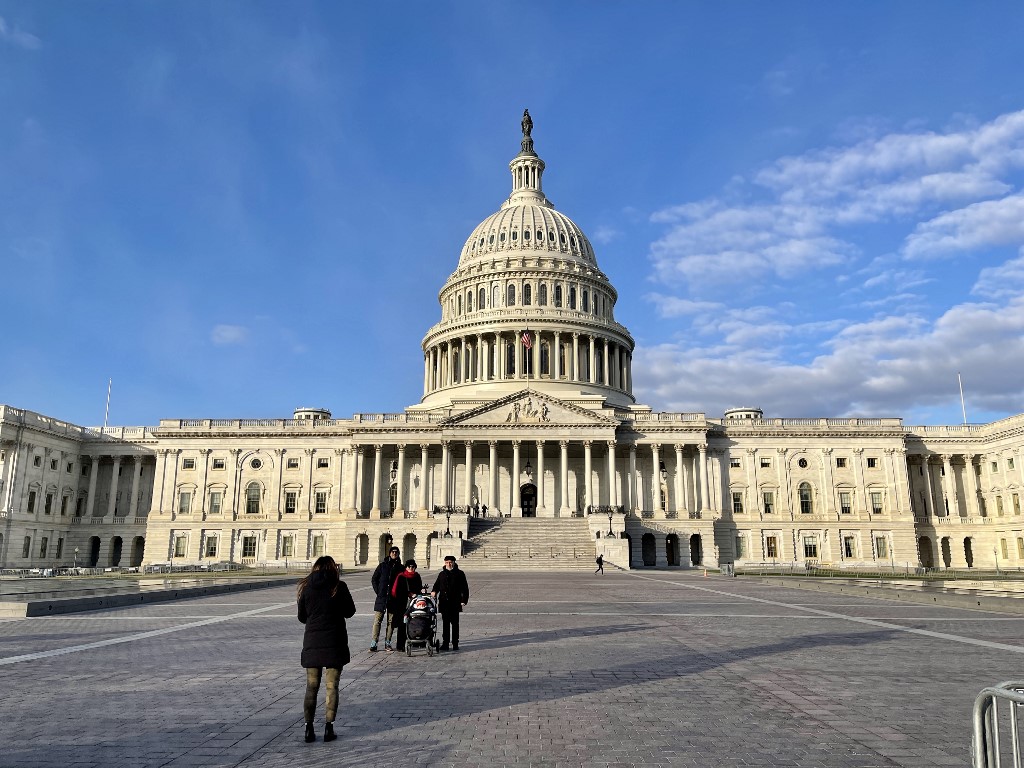 People pause for pictures in front of the Capitol building in Washington, DC on December 29, 2020. (Photo: AFP)

The pair noted that the package includes "much of what Congressional Democrats have been fighting for," including an increase in direct payments, support for vaccine distribution and testing, additional aid to small businesses, funding to safeguard state and local jobs, extension of unemployment benefits, help for renters and children in poor and middle-class families and more.

"We echo the President-elect's call for bipartisan action on his proposal and hope that our Republican colleagues will work with us to quickly enact it," said the Democratic leaders.

Despite the enthusiasm from the Democrats, the nearly 2-trillion-dollar price tag will likely draw backlash from some Republican senators, who have aimed to hold down the overall cost of COVID-19 economic relief, especially after the recently approved 900-billion-dollar bill.

Victories in two Senate runoff elections in Georgia last week would allow Democrats to split the 100-seat U.S. Senate 50-50 with Republicans, and Vice President-elect Kamala Harris would be in a position to cast the tie-breaking vote.

It is "unclear" how easily Biden can secure enough votes for a plan of "such ambition and expense," especially in the Senate, as he "will have to compensate for any defecting moderate Democrats with Republican votes at a time of scarce bipartisanship," according to a report by The New York Times.

Additionally, a Senate impeachment trial of outgoing Republican President Donald Trump might delay the passage of the rescue package, as Senate Republican Leader Mitch McConnell has signaled a trial by the upper chamber won't conclude before Biden is sworn in next week.