More than 175 US public health experts, scientists and activists have urged President Joe Biden's administration to take urgent steps to confront the global spread of COVID-19, including immediate export of vaccine doses the country has stockpiled. 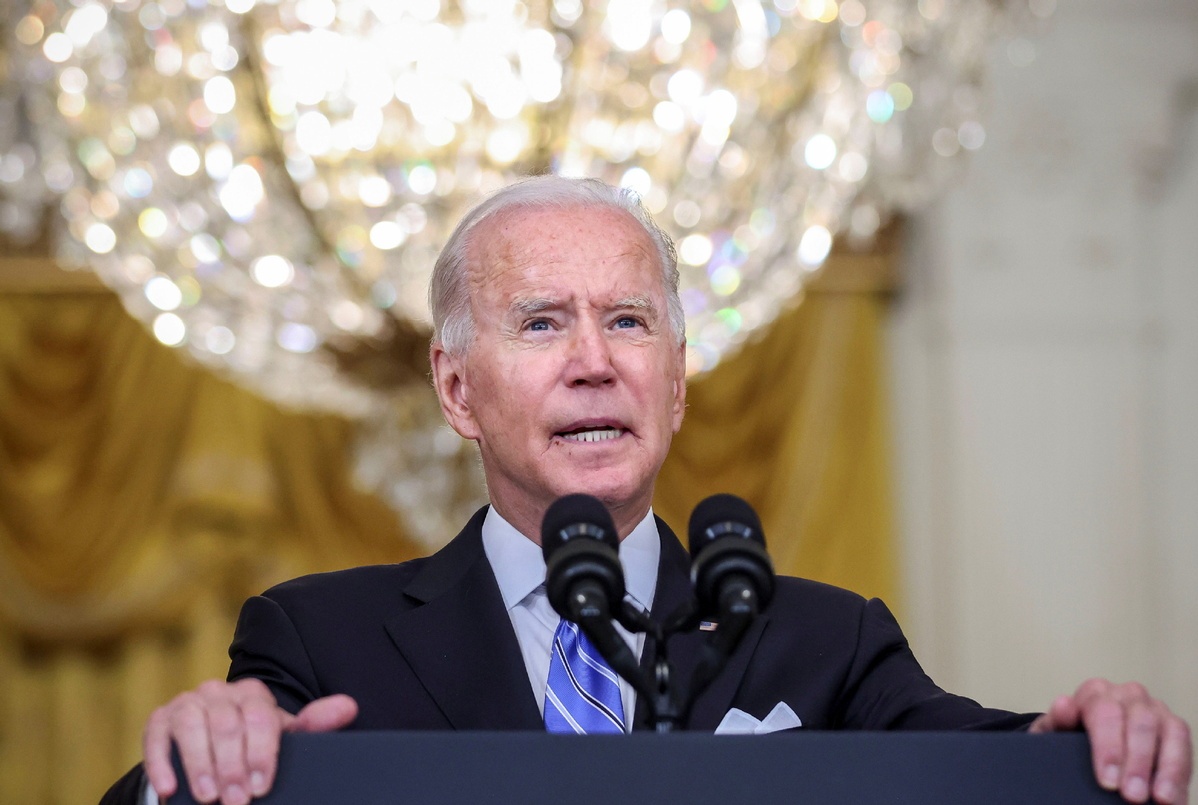 US President Joe Biden discusses his 'Build Back Better' agenda for economic growth and job creation following early morning Senate passage of the bipartisan infrastructure bill and the budget resolution, during a speech in the East Room at the White House in Washington, US, Aug 11, 2021. (Photo: Agencies)

"We urge you to act now," they wrote in a joint letter sent to senior White House officials on Tuesday, the full text of which was made public Wednesday in a report by The Washington Post.

"The emergence of the Delta variant is resulting in a surge in increasing infection rates in Africa, Latin America and Asia, where vaccines are least available," they wrote.

"The United States currently has over 55 million doses of mRNA vaccines in storage, while only vaccinating approximately 900,000 people per day. At this rate, it would take over two months to administer just the vaccine doses currently stored," they noted.

"Despite this, mRNA vaccine manufacturers are delivering over 17 million new doses each week to jurisdictions across the US," they noted.

While ensuring that the country's own vaccine dose stockpile remains in size, the US administration should "begin immediate export of vaccine doses -- within one week -- to COVAX or through other international distribution mechanisms -- of at least 10 million doses per week," they wrote.

The experts suggested that the White House should also announce a plan within a month for "establishing 8 billion doses per year of mRNA vaccine capacity within six months using existing federal resources."

"Simultaneously, the US government should develop and implement training and technology transfer for the development and manufacture of mRNA and other vaccines in hubs around the world," they wrote.

Besides, it should "compel originators to transfer technology and, in collaboration with other governments, provide financing for vaccine manufacturing around the world," they added.

The letter's signatories include Tom Frieden, who led the US Centers for Disease Control and Prevention during former President Barack Obama's administration, five deans of leading public health, nursing and medical schools, faculty from 20 universities, including Harvard University, Yale University and University of Washington, and other leaders in global health and infectious disease. More than 50 organizations also co-signed the letter.