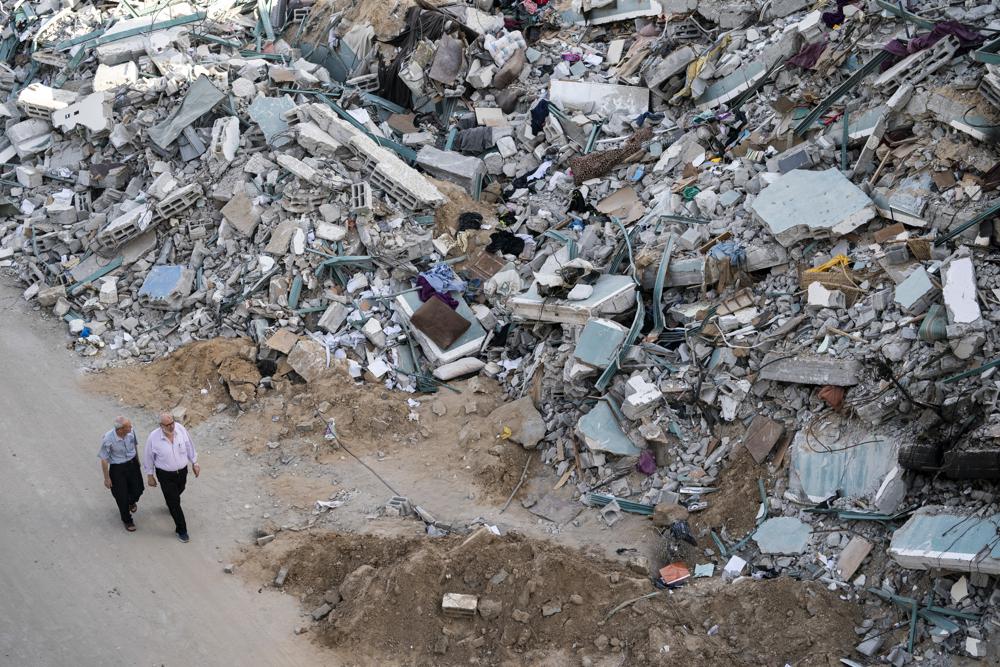 People walk by the rubble of the al-Jalaa building following a cease-fire reached after an 11-day war between Gaza's Hamas rulers and Israel, in Gaza City, Friday, May 21, 2021. (Photo: AP)

President Joe Biden on Friday pledged to help organize efforts to rebuild Gaza and said creating a Palestinian state alongside Israel is the "only answer" to the conflict.

Biden also said he had told the Israelis to stop "intercommunal fighting" in the flashpoint city of Jerusalem.

However he stressed "there is no shift in my commitment, commitment to the security of Israel" and added that until the region "unequivocally" acknowledges Israel's existence "there will be no peace."

The idea of a two-state solution -- with a sovereign Palestinian state alongside Israel and Jerusalem as their shared capital -- has been the cornerstone of decades of international diplomacy aimed at ending the Israeli-Palestinian conflict.

US policy under Donald Trump was criticized as being blatantly pro-Israel and ignoring the Palestinians.

A Mideast peace plan devised by Trump's adviser and son in law Jared Kushner was billed as providing for a two-state solution. But that blueprint envisioned a Palestinian state with only limited sovereignty and Israel maintaining security over that state.

The plan was rejected out of hand by Palestinian leaders.

Biden on Friday insisted on a full-blown two state remedy.

"There is no shift in my commitment to the security of Israel, period, no shift, not at all," he said.