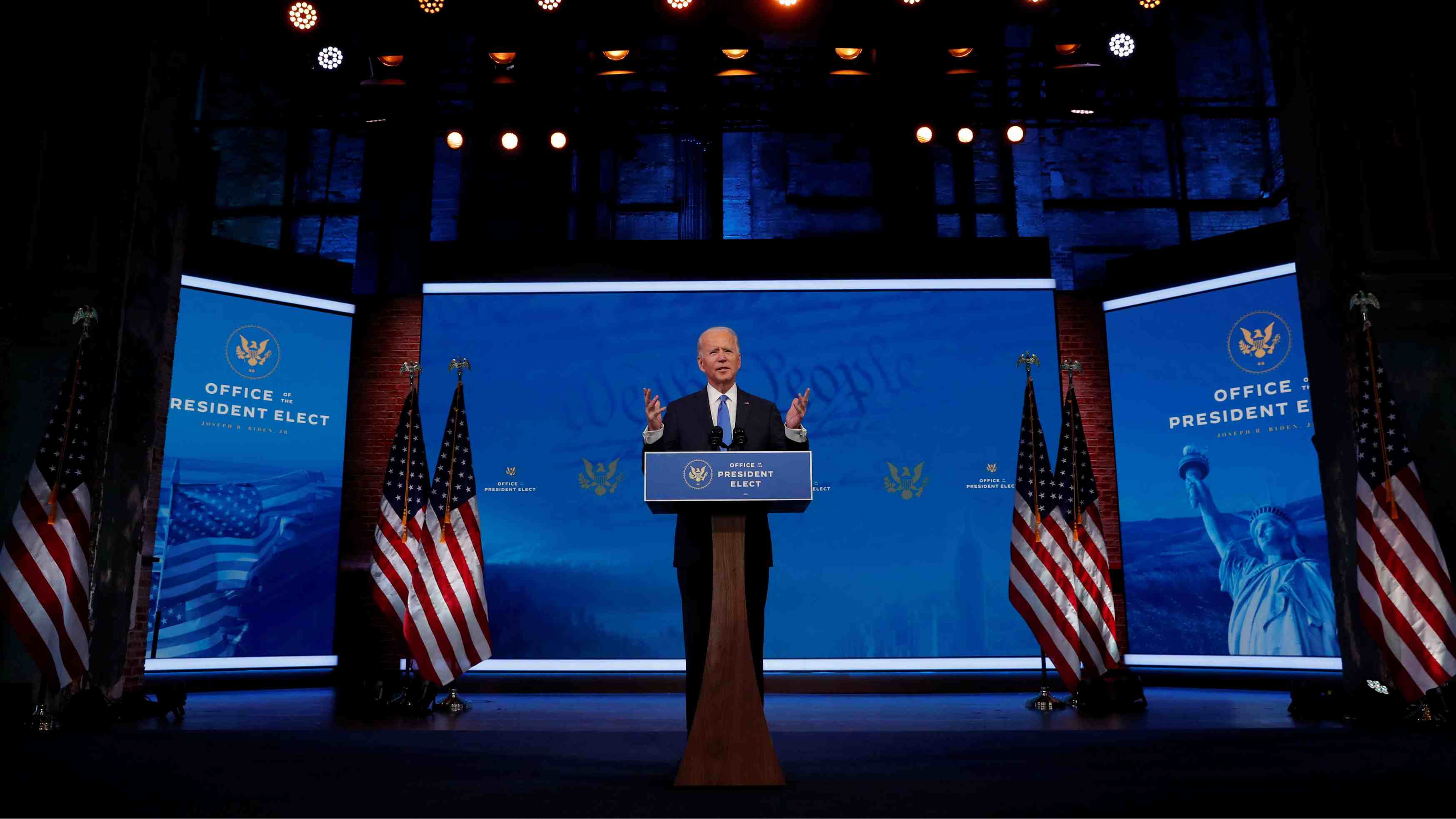 Biden spoke out as millions of Americans saw their jobless benefits expire after Trump threw a long-awaited pandemic aid package into doubt – demanding lawmakers more than triple the $600 direct payments to U.S. taxpayers.

"This abdication of responsibility has devastating consequences. Today, about 10 million Americans will lose unemployment insurance benefits," Biden said in a statement.

The stimulus measure is wrapped up with a $1.4 trillion funding bill, without which the government will be forced to shut down at midnight Monday.

"In less than a week, a moratorium on evictions expires, putting millions at risk of being forced from their homes over the holidays."

In a video late Tuesday, Trump, who is due to leave office in less than a month, called the $900 million bill "a disgrace" – despite it being passed Monday with a large bipartisan majority after months of negotiation.

The legislation was designed to throw a lifeline to businesses and people struggling to keep their heads above water.

But in a pre-recorded statement made in the White House, Trump said he would refuse to accept the bill without changes increasing the checks to taxpayers to $2,000.

"I simply want to get our great people $2,000, rather than the measly $600 that is now in the bill," Trump reiterated Saturday on Twitter.

The move puts the Republican president at odds with his party's Senate majority leader Mitch McConnell and House minority leader Kevin McCarthy, who have ruled out any larger stimulus measures.

Republicans on Thursday blocked a Democratic effort to increase the payments that would go to all taxpayers earning up to $75,000 a year, with smaller amounts for those making up to $99,000.

"Delay means more small businesses won't survive this dark winter because they lack access to the lifeline they need, and Americans face further delays in getting the direct payments they deserve as quickly as possible to help deal with the economic devastation caused by COVID-19," Biden added.

It is almost unprecedented for a president to veto a bill that received such overwhelming bipartisan support.

But his Wednesday's veto of a defense funding bill, the National Defense Authorization Act (NDAA), ensures lawmakers will return to Washington after Christmas to override the action.

And while Congress would almost certainly override a presidential veto of the funding package, Trump could pull off a "pocket veto," by simply refusing to sign the bill until the current Congressional term ends and the new session is installed on January 3.

COVID-19 cases have spiked and the U.S. death toll stands at more than 330,000. Economic recovery has faltered despite the roll-out of vaccinations offering hope for an end to the outbreak in 2021.