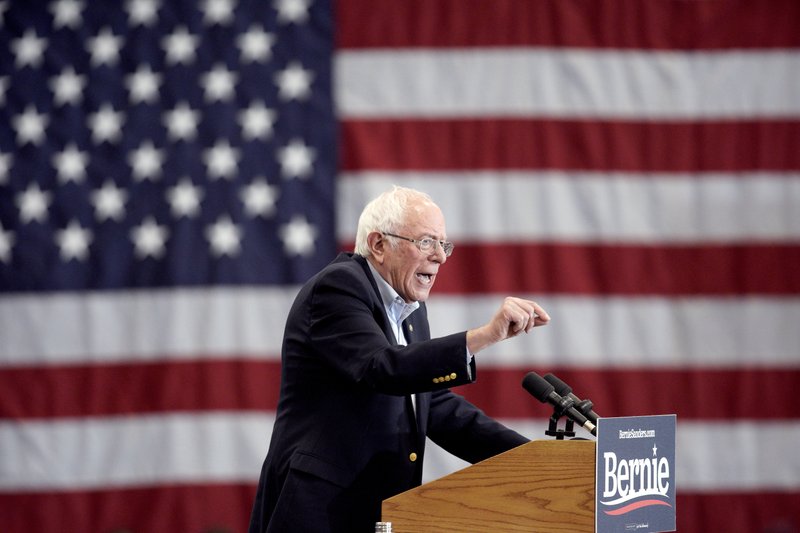 The decisions by Joe Biden and Elizabeth Warren to skip a weekend gathering of thousands of fervent California Democrats less than three months before voting begins have frustrated and puzzled some party leaders.

But they have offered a chance for their rivals to capitalize on the absence of two front-runners at the gathering that serves as an unofficial kickoff of the final sprint to California’s March 3 primary, which offers the biggest delegate haul of any primary or caucus.

Vermont Sen. Bernie Sanders in particular could benefit from Warren’s absence as the two battle over the party’s most progressive voters, many of whom were galvanized to become more involved in official party politics after Sanders’ 2016 bid. Sanders’ campaign has already hired 40 staff members in California, far more than any of his competitors, and is treating the state as comparable to early voting states like Iowa and New Hampshire.

“The senator makes it clear that the state is his priority,” said Jane Kim, the campaign’s California political director and former member of the San Francisco Board of Supervisors.

The convention stage will give candidates a chance to address devoted Democrats who are the backbone of the party, who are coveted for their votes as well as potential volunteers and donors. Mail-in ballots for California’s primary will begin going out to voters on Feb. 3, the same day as the Iowa caucuses.

Warren’s and Biden’s decisions to skip the party gathering drew a rare rebuke from Rusty Hicks, the chair of the state party.

“Your decision is a blatant disregard and disrespect to California’s grassroots leaders who make the phone calls, knock the doors, and give the money ... in swing districts and swing states alike ... year after year after year,” he tweeted.

This will be the third major gathering of Democratic contenders Biden is skipping in California; he avoided the party’s summer convention as well as a Democratic National Committee gathering. Warren attended both.

Biden appeared in the state Thursday, attracting a few hundred people to an outdoor rally at the edge of downtown Los Angeles. He spent Friday raising money in Seattle before heading to Las Vegas for a town hall Saturday. Warren planned to spend Saturday in Iowa, the first state to vote.

Biden’s campaign is confident that as a fixture in national Democratic politics, he has an advantage as a familiar face to most voters.

He’s visited California several times in recent months, munching tacos with Los Angeles Mayor Eric Garcetti, speaking to union members and raising money. But his staff remains just a handful of people and a recently named state director, though it’s expected to expand at some point.

The campaign is confident he’s popular enough to claim at least 15 percent of the vote in each of the state’s 53 congressional districts, the critical threshold for capturing one or more delegates. And they say his support from working-class voters, union members, blacks and Hispanics, along with significant chunks of independents and moderates, can’t be duplicated by any other candidate.

Yet Biden remains among a cluster of rivals with no clear front-runner, state and national polls suggest.

Some California Democrats speculate Biden is avoiding the crowd because it’s made up of activists known to boo more centrist candidates, particularly those who don’t support Medicare for All.

“It genuinely sounds like he’s afraid of us,” said RL Miller, chair of the party’s environmental caucus.

Warren’s absence, meanwhile, provides an opening for Sanders’ to reassert his dominance among the party’s progressive wing. Warren’s strong performance at earlier campaign conventions, and her face-to-face meetings with activists, enticed many supporters.

Her campaign still plans to have a presence at the convention, planning training sessions for volunteers with top campaign staff members.

Christine Pelosi, chair of the party’s women’s caucus and the daughter of U.S. House Speaker Nancy Pelosi, said she thinks Warren will be hurt more than Biden by skipping the gathering because it provides a way for candidates to “strengthen their populist cred.”

Sanders, meanwhile, planned two campaign rallies ahead of the convention. His campaign has five offices open around the state and is focused on outreach to Latino voters and Californians whose native language is not English. The campaign hopes to have 15 to 20 campaign offices open by the end of the year, and one of Sanders’ deputy campaign managers is based in California, highlighting the campaign’s focus on the state.