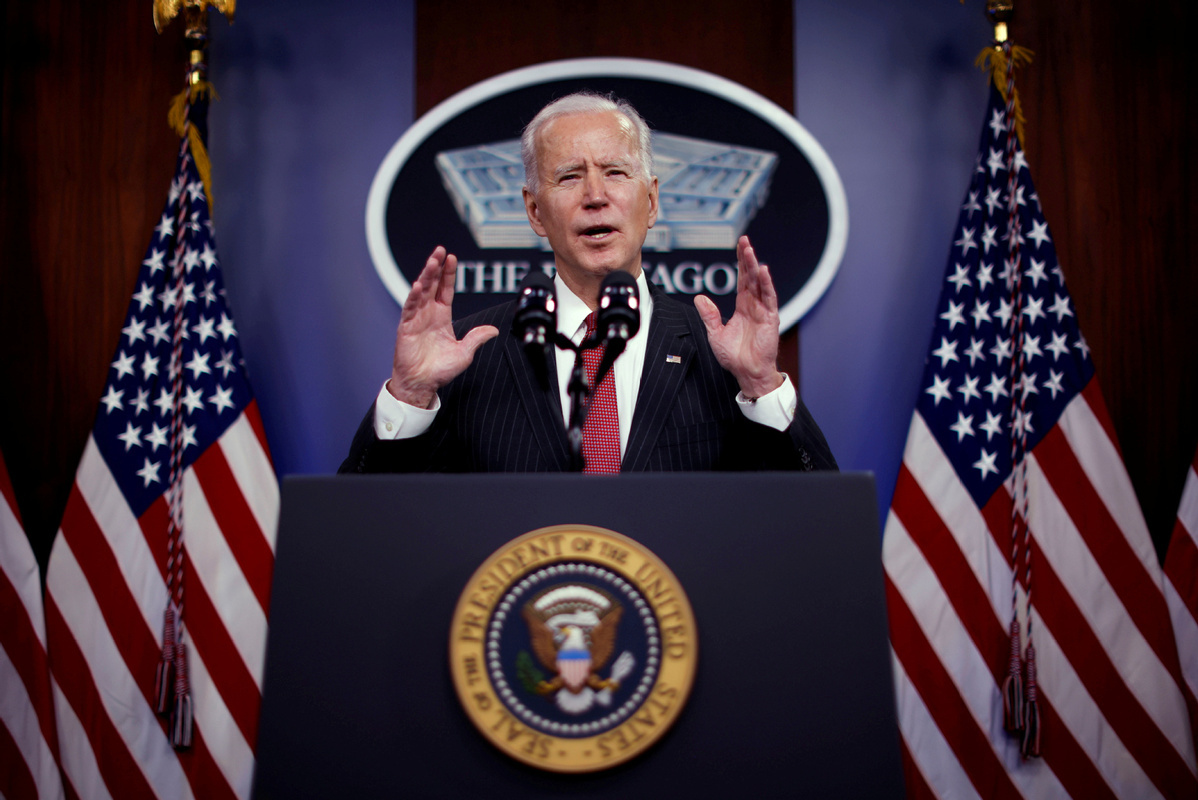 FILE PHOTO: US President Joe Biden delivers remarks to Defense Department personnel during a visit to the Pentagon in Arlington, Virginia, US, February 10, 2021. (Photo: Agencies)

WASHINGTON - President Joe Biden will not be hosting foreign counterparts at the White House for at least a couple months, his spokeswoman said Tuesday, underlining the administration's strict adherence to Covid-19 protocols.

"It will be a couple of months before the president has an in-person or invites a foreign leader to meet in person here at the White House," Press Secretary Jen Psaki told reporters.

Imminent foreign trips for Biden are also not expected, the White House has said.

Canada's Prime Minister Justin Trudeau -- the first foreign leader to get a phone call from newly sworn-in Biden in January -- sparked speculation that an in-person summit was being planned for February.

"The two leaders agreed to meet next month," Trudeau's office said after the call.

However, Psaki said only a video link was planned.

"We can meet over video, as you all know," she said.

Psaki said discussions are underway on holding the traditional presidential State of the Union address to a packed joint session of Congress, but due to Covid restrictions it "obviously will look different."