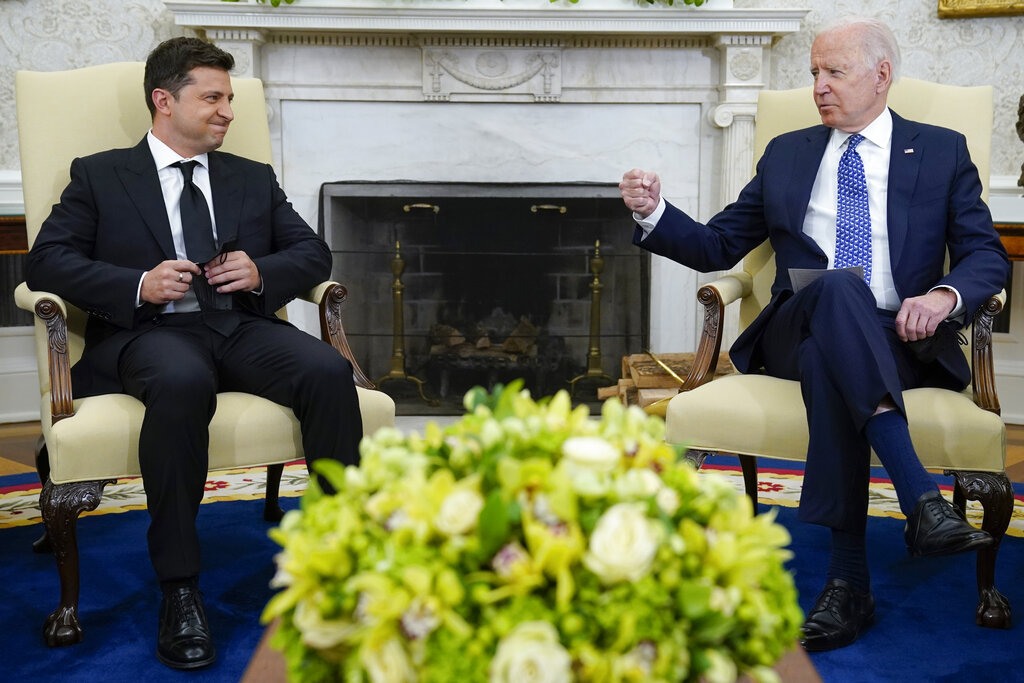 According to a statement released by the White House, Biden reaffirmed U.S. support to Ukraine, including "additional macroeconomic support to help Ukraine's economy amidst pressure."

The U.S. president also noted that despite the departure of American family members of embassy personnel, the U.S. embassy in Kiev remains open and fully operational.

Biden, the statement said, also expressed Washington's support for resolving the conflict in eastern Ukraine through the Normandy Format, a mechanism established in 2014 that involves French, German, Russian and Ukrainian diplomats.

The president said he hoped that a recommitment by the quadrilateral dialogue members to the July 2020 ceasefire agreement will help decrease tensions and advance the Minsk agreements. The agreements call for an immediate ceasefire between government troops in Kiev and armed groups in the Donbass region while seeking a diplomatic solution to the conflict.

Zelensky said in a tweet that during the call the two leaders discussed "recent diplomatic efforts on de-escalation and agreed on joint actions for the future." He also confirmed that "possibilities for financial support to Ukraine were also discussed."

"Ukraine, unfortunately, has turned, to some extent, into a toy in the hands of NATO and the United States, as Ukraine is used as a geopolitical instrument to exert pressure on Russia," the RIA Novosti news agency quoted Medvedev as saying during his interview with Russian media outlets.