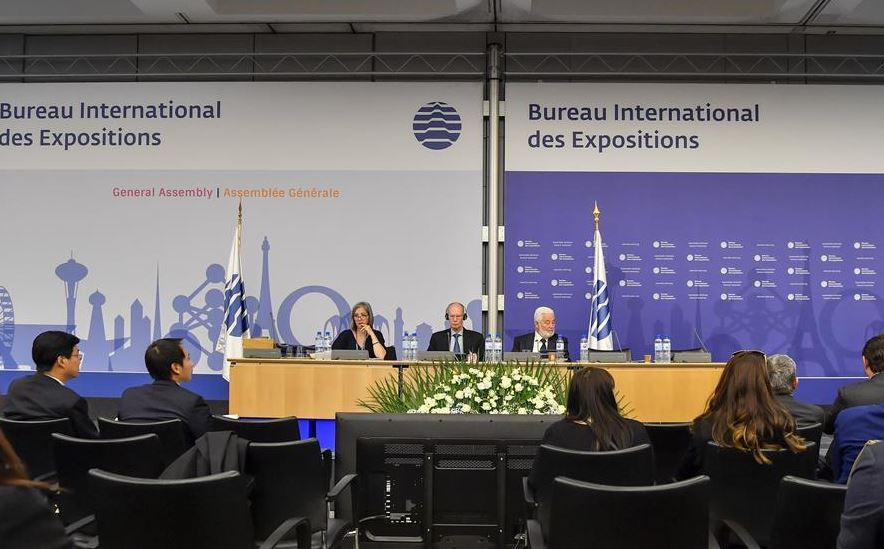 "After two rounds of voting during the BIE's 164th General Assembly in Paris, a majority of Member States voted for Japan's project to organise World Expo 2025 in Osaka, Kansai," BIE said in a statement.

With "Designing Future Society for Our Lives" bid, Japan defeated Russian city of Yekaterinburg after collecting 92 votes against 61.

The capital of the oil-rich former Soviet country of Azerbaijan, Baku, came third.

"The election of Japan as the host country of World Expo 2025 marks the start of an exciting journey for Osaka," said Vicente G. Loscertales. the Secretary General of the BIE.

"The Expo project, based around the co-creation of a future society to address global challenges, has a strong resonance with the international community. After the memorable success of World Expo 1970, we look forward to seeing a World Expo once again come to life in Osaka, Kansai," he added.

Milan hosted the last World Expo in 2015. The next one will be organized in Dubai in the United Arab Emirates between Oct. 20, 2020 and April 10, 2021 under the theme "Connecting Minds, Creating the Future."

World Expos, known officially as International Registered Exhibitions, are organised every five years. They can last up to six months.

"The themes of World Expos are designed to raise awareness of and find responses to universal challenges of our time,"the BIE said.