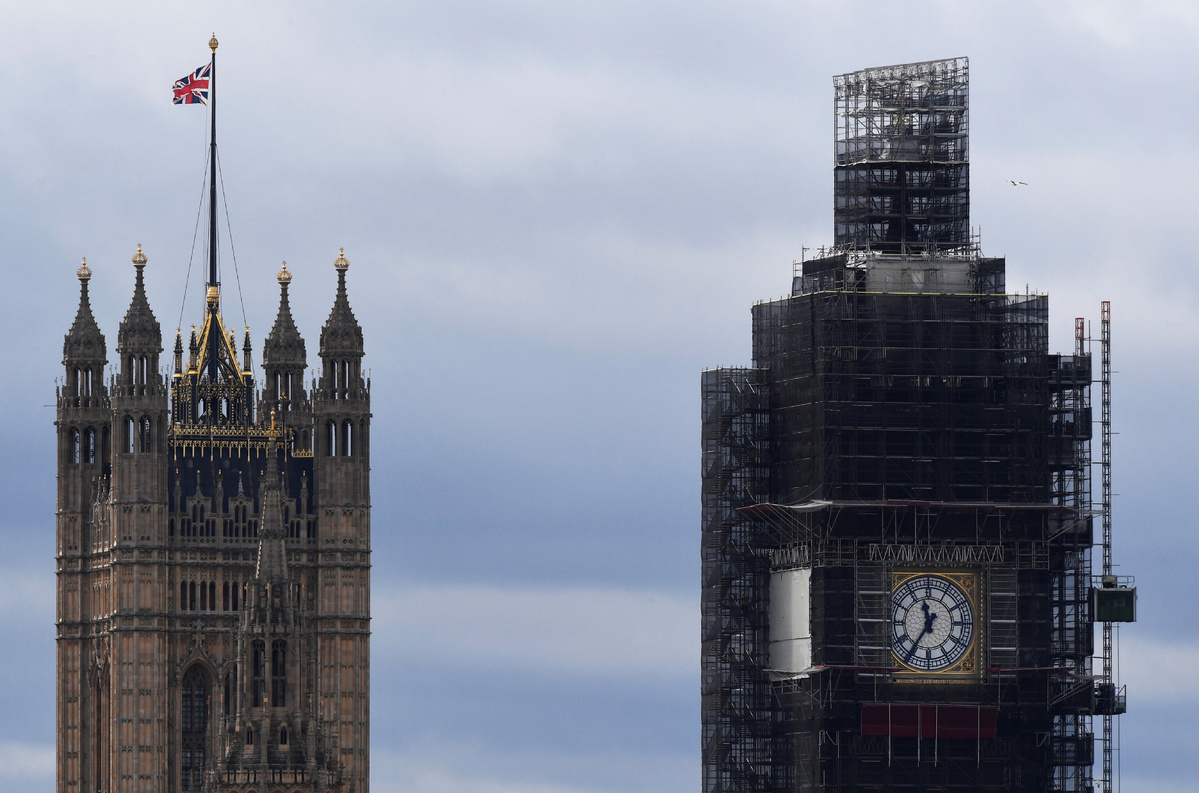 A partial view shows the Houses of Parliament and the Big Ben clock tower in London, Britain September 11, 2019. (Photo: Agencies)

LONDON -- London's famous Big Ben will ring out across the capital at 11:00 p.m. on Jan. 31 to signal the end of Britain's membership of the European Union, it was revealed on Sunday.

Newly elected Speaker of the House of Commons Lindsay Hoyle has overturned an announcement by his predecessor John Bercow who had earlier refused to sanction the ringing of the famous bell at the moment Britain and the EU go their separate ways.

In his first major interview since taking up his new role, Hoyle told the Sunday Telegraph the great bell in the Houses of Parliament's Elizabeth Tower should be rung on Jan. 31 if MPs "wish to do that".

He added that Britain's formal departure from the EU on Jan. 31 will be a significant moment.

Currently the bells only chime on special occasions while work costing millions of dollars is carried out on refurbishing the clock tower, one of the most photographed buildings in Britain.

The Telegraph said Hoyle's comments mark a significant break from the approach of Bercow, who, since stepping down as Speaker, has described Brexit as Britain's biggest mistake since the Second World War. Last year a committee chaired by Bercow blocked a bid for Big Ben to chime, the report added.

"If the House wants to do it the House will do it. I'm not sure whether it will be at that stage in the building work that it can ring ... but if that's what the House wants, I'm not going to stand in the way," Hoyle added.

The 160-year-old tower which houses the bell popularly known as Big Ben is currently undergoing a 78-million-U.S. dollar restoration, and its regular chimes have been silenced to protect the hearing of construction workers.