WORLD Big differences remain after first round of post-Brexit talks

Big differences remain after first round of post-Brexit talks 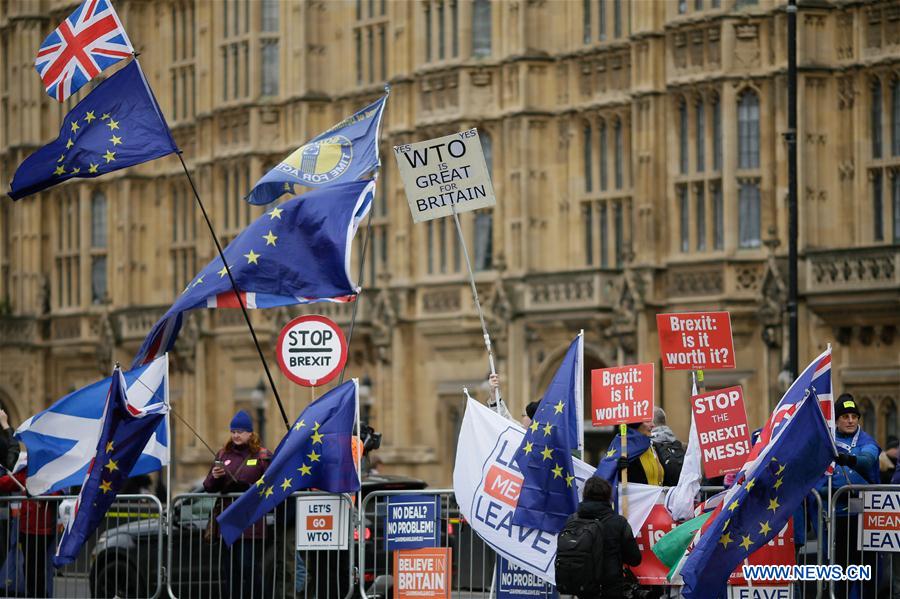 Pro-Brexit and anti-Brexit protesters hold flags and placards outside the Parliament, in London, Britain, on Jan. 14, 2019. (Photo: Xinhua)

BRUSSELS, March 5 (Xinhua) -- The European Union (EU) and the UK ended the first round of negotiations here on Thursday with big divergences.

"Our differences come as no surprise, especially after only one round of negotiations, but some are very difficult," EU chief Brexit negotiator Michel Barnier said following the talks.

Barnier said the two sides had disagreements mainly in four areas: a "level playing field" for competition, security cooperation, governance of the future relationship and fishing.

He emphasized that not going back on the commitments and mutual respect were two possible keys for success.

"An agreement with the UK will be difficult, but possible. A lot more work needs to be done," Barnier said later on Twitter.

"It was a constructive first round and we now understand each other well. These will be tough talks but we will work hard to try to reach agreement," David Frost, the UK's chief negotiator said on Twitter.

The next round of talks will start on March 18 in London.