Around 100 firefighters appeared to have brought under control a big fire near the central London train station of Elephant and Castle that sent huge plumes of black smoke over the capital on Monday afternoon. 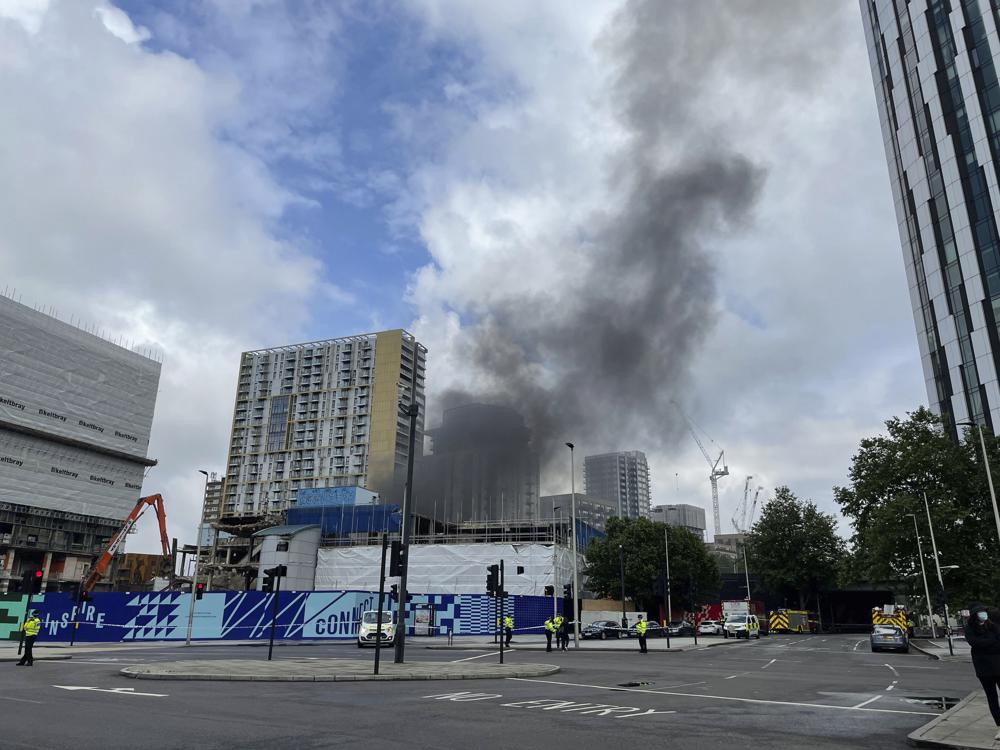 Emergency services at the scene of a fire that has broken out at garages close to Elephant and Castle railway station in London, Monday, June 28, 2021. (Photo: AP)

The London Fire Brigade said 15 fire engines and their crews battled the blaze at railway arches near the station, which is just south of the River Thames and near some major London landmarks, including the London Eye.

It said that one man was treated at the scene by ambulance crews and urged people to avoid the area and to close all doors and windows.

The fire brigade said three commercial units below the railway arches were completely on fire and four cars and a telephone box near the station were also alight.

Elephant and Castle is a busy traffic intersection. It also is a major rail hub, home to a busy subway station on the Northern Line as well as overground trains that connects south London and north London.

Local police said the incident is not believed to be terror-related.

No further details were immediately available.