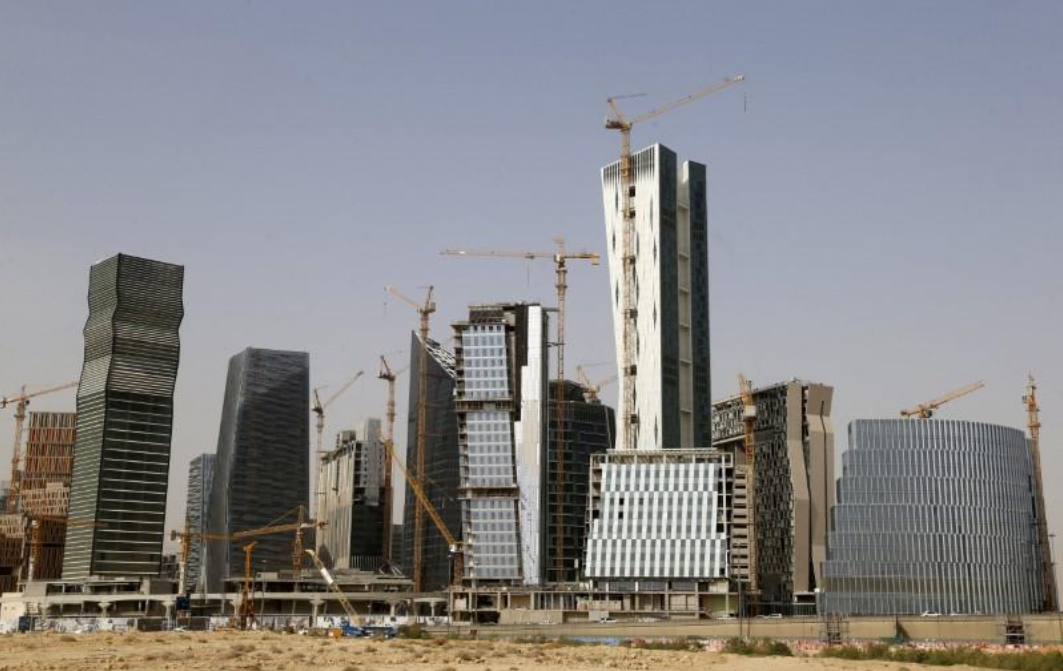 Surging oil prices mean the big Arab countries of the Gulf — especially Saudi Arabia — look set to gain financially as well as politically from US President Donald Trump’s decision to pull out of the Iran nuclear deal.

In 2014, Saudi Arabia was willing to see oil prices tumble during a supply glut partly, diplomats said, because cheaper oil cut the income of arch-rival Iran, limiting Tehran’s capacity to finance proxy wars against Saudi interests in the region.

It was a painful trade-off which also hurt the Saudi economy. Now, Riyadh faces an ideal situation: Trump’s decision appears likely to reduce Iran’s oil income while giving the Gulf Arab states room to boost their own energy exports.

“Saudi Arabia may be able to start increasing oil production at a time when oil prices are already high. This gives them extra funds to support their investment program, while still showing a narrowing of the deficit.”

Higher oil income would improve liquidity in the UAE banking sector, aiding the whole financial industry despite any rise in geopolitical tensions related to Iran, he told Reuters.

The impact on Iran’s oil exports will depend on how buyers in Asia and Europe react to US sanctions, which may not be clear for months. But analysts estimate Iranian oil production could drop by between 300,000 and 1 million barrels per day from about 3.8 million bpd.

Saudi Arabia is expected to fill much of that gap. On Wednesday, a Saudi energy official indicated Riyadh might raise output to offset any supply shortage.

Malik estimated Saudi oil revenues, 440 billion riyals ($117.3 billion) in 2017, could be 7 to 9 percent higher this year than they would have been without Trump’s decision.

That assumes Saudi oil output will average 10.20 million bpd this year instead of 9.94 million bpd, and that increased geopolitical tensions will lift this year’s average oil price $3 a barrel.

In other, possibly smaller ways, Trump’s decision is bad news for some countries in the Gulf. European countries are trying to preserve the nuclear deal but it could collapse entirely, raising the danger of worse conflict in the region.

“This will impact how the region is viewed by foreign investors. There will be more negativity, more highlighting of the risks,” said one UAE banker.

Dubai, traditionally a center for Iranian business, may suffer as companies, already cautious about trading with Iran, become more so because they see a greater risk of US legal action against them. The UAE’s exports to Iran are worth about 5 percent of its gross domestic product.

Oman, which has been hoping Iranian investment will support industrial expansion plans, may suffer. Last year, Oman’s central bank signed a memorandum of understanding with its Iranian counterpart in order to boost trade.

But much trade with Iran is expected to continue, possibly through barter deals, which flourished under sanctions that prevailed before the nuclear deal took effect in 2016.

And apart from Dubai and Oman, the wealthy Gulf oil exporting states have minimal trade and investment links with Iran, meaning they have little to lose.

Shares in Saudi food producer Savola Group 2050.SE, one of the few Gulf firms with big manufacturing operations in Iran, fell only 2.3 percent on Wednesday and remained up 2.3 percent year-to-date, suggesting investors do not foresee disaster for its Iranian business.

But a tumble of Iran’s rial to record lows against the dollar in the free currency market on Wednesday showed many Iranians expect tough economic times.

Well before Trump’s decision, the economy was struggling with high unemployment - estimated at around 30 percent or higher among young people — and a debt-burdened banking system which may be close to insolvency.

The US move threatens Iran with lower export income and less access to hard currency. Analysts expect oil exports to remain higher than they were before 2016, so the economy may muddle through, but banks’ problems mean a financial crisis is not impossible.

“Simply put, the economy is like a giant truck carrying a heavy load with an engine borrowed from a moped.”