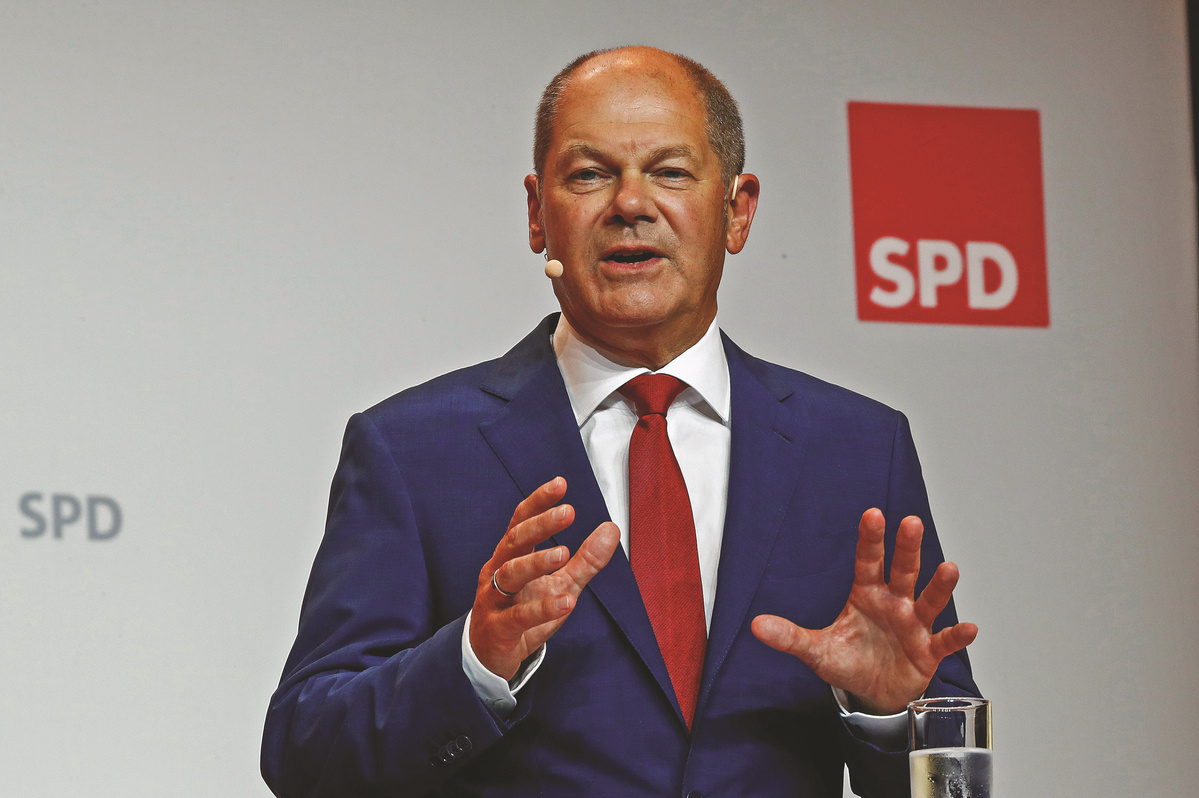 Olaf Scholz is the Social Democratic Party's nominee to be Germany's next chancellor. (File photo)

Germany's Social Democrats have picked Olaf Scholz to be their candidate in the race to replace Angela Merkel as chancellor.

Scholz is currently Germany's finance minister in a coalition government that involves his party, which is formally known as the Social Democratic Party of Germany, or SPD for short, and Merkel's Christian Democratic Union, or CDU.

The center-left SPD was once a mighty party but has lost support since joining Merkel's government in 2013 as a junior partner, a role it has continued to play.

Polling suggests the party has 14 percent of the vote and is Germany's third-largest, behind the center-right CDU and the Greens.

The SPD is hoping, with Merkel having announced she will not seek reelection after 15 years at the helm, it can finally return to the business of running the country behind Scholz, a former mayor of Hamburg and a man seen by many as a practical and capable finance minister.

While he has been criticized in the past for his less-than-inspirational speaking style, he won praise for his competent navigation of Germany's economy through the challenges of the novel coronavirus pandemic.

The vote in which Germany will pick its next chancellor will take place in fall 2021.

Merkel's CDU will hold a party conference in December to pick its candidate to replace her. And the Greens are also expected to select a candidate to vie for the job of chancellor.

The Financial Times said Scholz is the SPD's most popular politician among voters but noted he is less popular within his party, especially among those on the left. Which is why the SPD's joint leaders, Saskia Esken and Norbert Walter-Borjans, both left-wingers, released a statement on Monday saying: "We know that this decision is an unexpected turn for some. We ask for trust in our path. We have decided to go this way together."

Scholz said at his candidacy launch event he will bolster the welfare system, battle climate change, and ensure workers are better paid.

The Financial Times quoted Peter Matuschek, chief political analyst at the polling agency Forsa, as saying the SPD's choice of Scholz was a "desperate endeavor" to regain popularity.

"This will, for sure, be a problem in the coming campaign, because voters know that Scholz is a kind of solitaire, and not much related to his party," Matuschek said. "It will be difficult to sell him to the electorate as an SPD candidate."