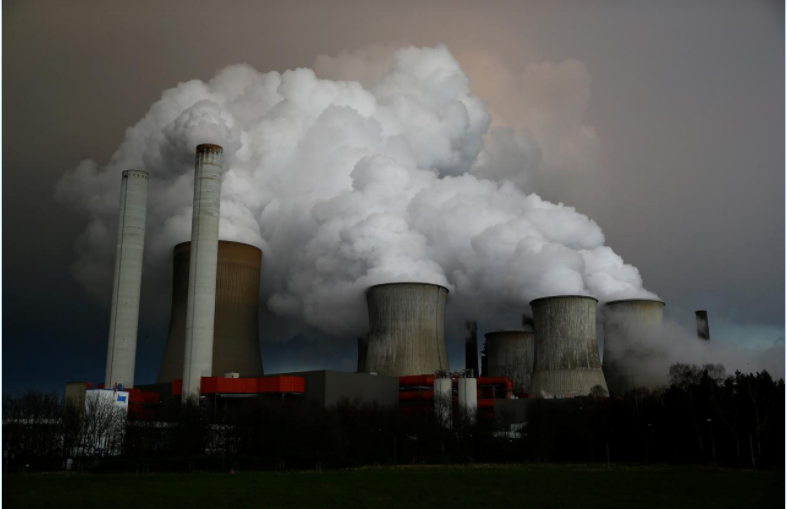 FILE PHOTO: Steam rises from the cooling towers of the coal power plant of RWE, one of Europe's biggest electricity and gas companies in Niederaussem, north-west of Cologne. Photo: AP

The United States will play a big role at global talks next month on shaping the Paris agreement on climate change, to the dismay of some nations that want Washington sidelined because of President Donald Trump’s plan to withdraw from the deal. U.S. officials have said they will be constructive at the annual 195-nation climate meeting in Bonn, Germany, from Nov. 6-17 to work on a “rule book” for the 2015 Paris plan to shift the world economy from fossil fuels this century.

But other nations are torn between welcoming or berating Washington’s envoys after Trump’s decided in June to pull out and instead promote the U.S. fossil fuel industry.

Washington retains its place in the talks because the Paris pact stipulates that no country can formally pull out before November 2020.

“The Trump regime really needs to walk away and not hold the rest of the world hostage to the President’s ineptitude,” said Ian Fry, who represents Tuvalu, a low-lying Pacific island nation at risk of rising sea levels and storm surges.

He told Reuters that Trump’s pro-coal policies, and doubts that climate change is caused by man-made greenhouse gas emissions, could undermine urgency at the meeting of senior officials and environment ministers.

The White House did not respond to requests for comment and the State Department has not set up a briefing ahead of the meeting, as it traditionally has.

This year is on track to be the second warmest since records began in the 19th century, behind 2016. Scientists say rising temperatures will stoke ever more powerful hurricanes, floods and wildfires.

But U.S. delegates at preparatory meetings said they will play a positive role in Bonn, said Nazhat Shameem Khan, chief negotiator of Fiji which will preside at the meeting.

The U.S. approach “send positive signals ... that this will not be a destructive COP,” she said, using the shorthand for Conference of the Parties. It is not yet clear if any U.S. political leaders will attend.