Researchers on the world's biggest mission to the North Pole will return to dock on Monday, bringing home devastating proof of a dying Arctic Ocean and warnings of ice-free summers in just decades. 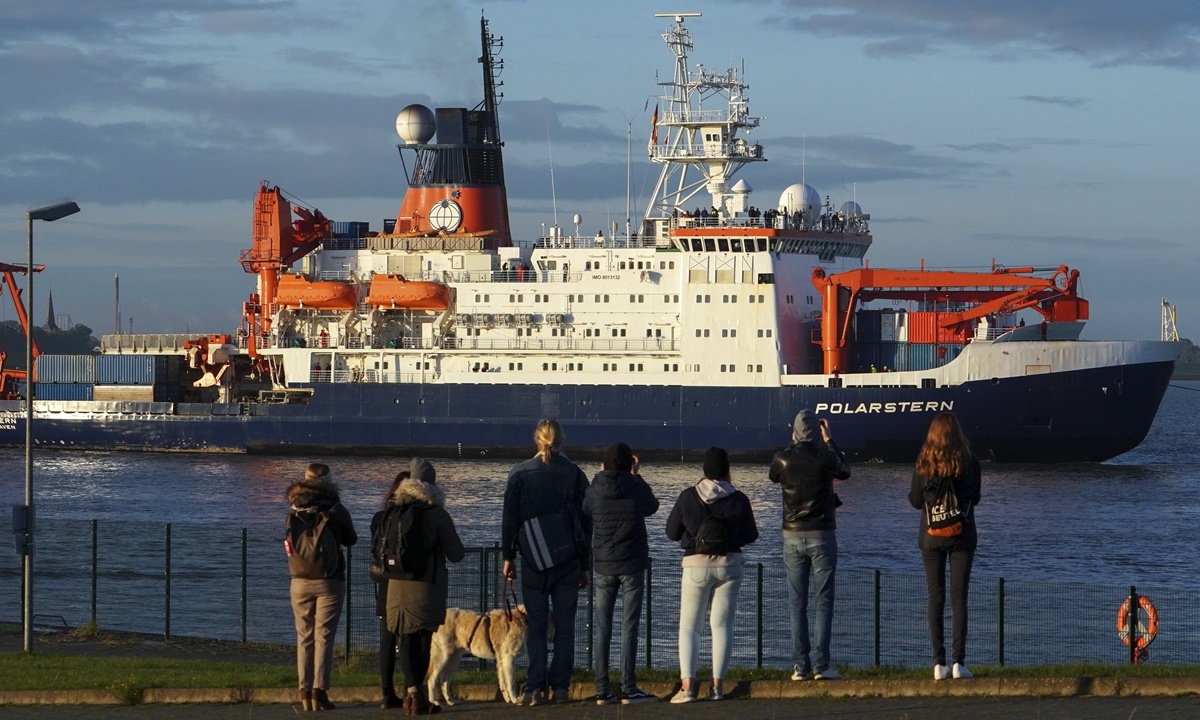 People watch as German icebreaker and research vessel "Polarstern" arrives at the harbour of nothern German town of Bremerhaven, on Monday, after a year-long mission, the biggest Arctic expedition in history, bringing home observations from scientists that sea ice is melting at a "dramatic rate" in the region. (Photo: AFP)

The team of several hundred scientists from 20 countries have seen for themselves the dramatic effects of global warming on ice in the region, considered "the epicenter of climate change," according to mission leader Markus Rex.

"We witnessed how the Arctic ocean is dying," Rex told AFP. Underlining how much of the sea ice has melted away, Rex said the mission was able to sail through large patches of open water, "sometimes stretching as far as the horizon."

"At the North Pole itself, we found badly eroded, melted, thin and brittle ice."

If the warming trend in the North Pole continues, then in a few decades we will have "an ice-free Arctic in the summer," Rex said. The researchers' observations have been backed up by US satellite images showing that in 2020, sea ice in the Arctic reached its second-lowest summer minimum on record, after 2012.

The Polarstern mission, spent over a year collecting data on the atmosphere, ocean, sea ice and ecosystems to help assess the impact of climate change on the region and the world. To carry out the research, four observational sites were set up on the sea ice in a radius of up to 40 kilometers around the ship.

The researchers collected water samples from beneath the ice during the polar night to study plant plankton and bacteria and better understand how the marine ecosystem functions under extreme conditions. The 140 million euro ($165 million) expedition is also bringing back 150 terabytes of data and more than 1,000 ice samples.

"The expedition will, of course, produce results on many different levels," Rex said.

Analyzing the data will help predict what heat waves, heavy rains or storms could look like in 20, 50 or 100 years' time.

Since the ship departed from Tromso, Norway, on September 20, 2019, the crew have seen long months of complete darkness, temperatures as low as -39.5 C - and around 20 polar bears.

The mission was almost derailed by the coronavirus pandemic in the spring, with the crew stranded at the North Pole for two months.