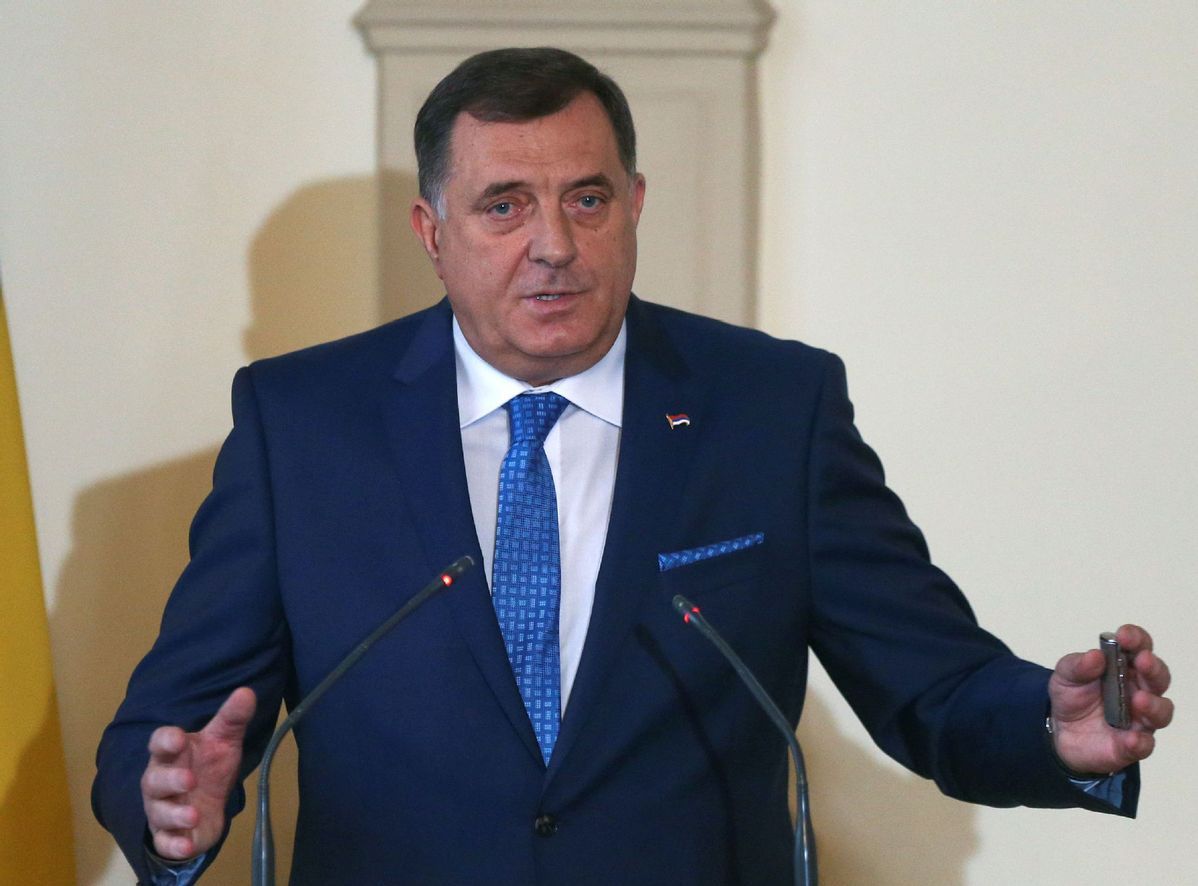 Milorad Dodik attends a joint news conference during the presidential inauguration ceremony in Sarajevo, Bosnia and Herzegovina, on November 20, 2018. [Photo/Agencies]

SARAJEVO -- The Ministry of Foreign Affairs of Bosnia and Herzegovina (BiH) is not authorized to sign a joint statement regarding human rights situation in China, since it did not represent the position of the BiH Presidency, Milorad Dodik, chairman of Presidency of BiH, has said recently.

In a statement released on Tuesday, Dodik emphasized that such a move by the foreign ministry is not in accordance with the Constitution and laws.

The Presidency of BiH did not reach an agreement regarding the accession of BiH to the statement on the alleged violation of human rights in China, said Dodik.

The unilateral move of the ministry, which is nothing but interference in China's internal affairs, is inadmissible and unacceptable, and results in serious disruption of good friendly relations with the People's Republic of China, he added.

"I fully support the territorial integrity and integrity of the People's Republic of China, as well as all actions it undertakes to preserve its sovereignty," Dodik emphasized.