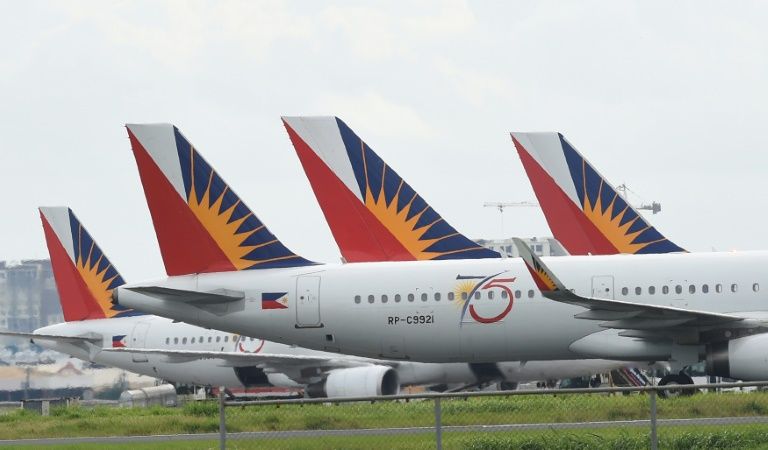 A Philippine Airlines (PAL) plane was forced to abort takeoff on August 29, 2018 after it was hit by a bird. (Photo: AFP)

A Philippine Airlines (PAL) plane was forced to abort takeoff on Wednesday after a bird hit the aircraft as it was taxiing for takeoff from Davao International Airport in the Southern Philippines, the airline's spokesperson said.

Cielo Villaluna, the PAL spokesperson, said the PAL flight bound for Manila experienced a bird strike on its right engine during the takeoff roll on Wednesday afternoon, forcing the pilots to return the aircraft to the ramp.

"This is what happened: PR 814 Davao-Manila pushed back from its parking bay at 1:10 pm. . It taxied towards the main runway then, after executed a takeoff roll on the main runway, but midway experienced a bird strike," Villaluna said.

She added, "the pilot halted the flight, thus preventing takeoff and returned the plane to the ramp at 1:34 pm."

The spokesperson said all the passengers were given assistance and their flights were rebooked.

"Our pilots are trained to respond accordingly and, in this case, the decision was to halt the flight and return to the ramp," she said.