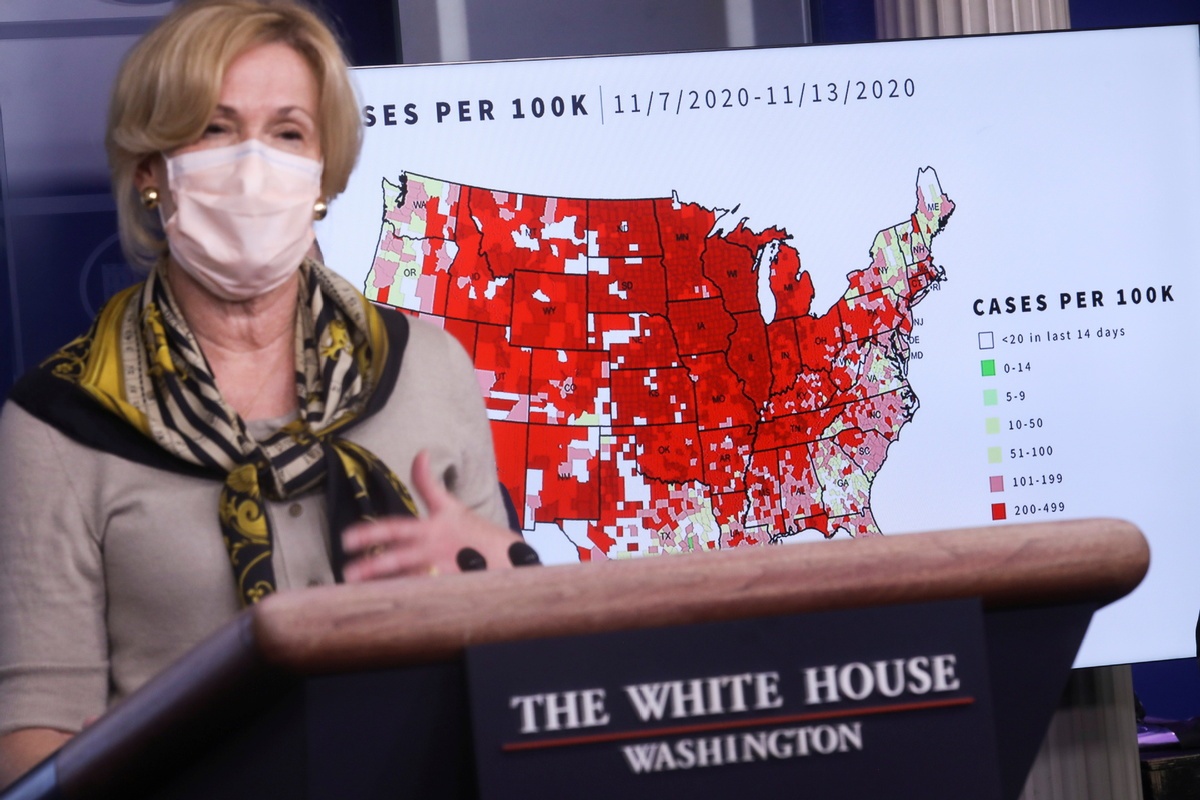 WASHINGTON - Dr. Deborah Birx, who coordinated the White House coronavirus task force under President Donald Trump, believes the COVID-19 death toll in the United States would have been substantially lower if the government had responded more effectively.

In an interview with CNN, parts of which were released before broadcast later on Sunday, Birx said there was an "excuse" for the initial surge of deaths last year as the government grappled with the start of the pandemic.

"There were about 100,000 deaths that came from that original surge," Birx said. "All of the rest of them, in my mind, could have been mitigated or decreased substantially."

More than 542,000 people have died from COVID-19 in the United States, according to a Reuters tally, and almost 30 million have been infected.

Trump downplayed the outbreak in its early stages, resisted mitigation efforts and criticized harsh lockdown measures imposed to stop the spread of the virus. He repeatedly eschewed guidance on mask-wearing that health experts say prevents the spread of the disease.

Birx, who has since left the government, said in the interview that she received a "very uncomfortable" call from Trump after describing how widespread the virus was in an interview with CNN in August, during which she told people living in rural areas that they were not immune.

Trump, who tested positive for and then recovered from the virus in October, was running for re-election at the time.

"Everybody in the White House was upset with that interview and the clarity that I brought about the epidemic," Birx said.

"I got called by the president," she said. "It was very uncomfortable, very direct, and very difficult to hear."

Birx at times faced criticism for not standing up more forcefully in public to Trump's misinformation about the pandemic, including his dangerous suggestion that Americans could consume bleach to kill the virus.

Trump went on to hold large rallies in the final months of the presidential election campaign despite public health guidance warning against large gatherings. He lost to Democrat Joe Biden, who campaigned largely on a promise to take the pandemic more seriously than his opponent.

Birx became sidelined in the final months of Trump's administration, and White House briefings about the pandemic largely ceased.

She was not offered a position in Biden's White House, and now works in the private sector.