Aware of Black Friday offers following advertisements that ran on the local newspapers and social media throughout the week, Edith Kabogo left her house in Nairobi's Komarocks estate at around 11 am on Friday for some shopping in the nearby Tuskys supermarket, one of the leading retail stores in Kenya. 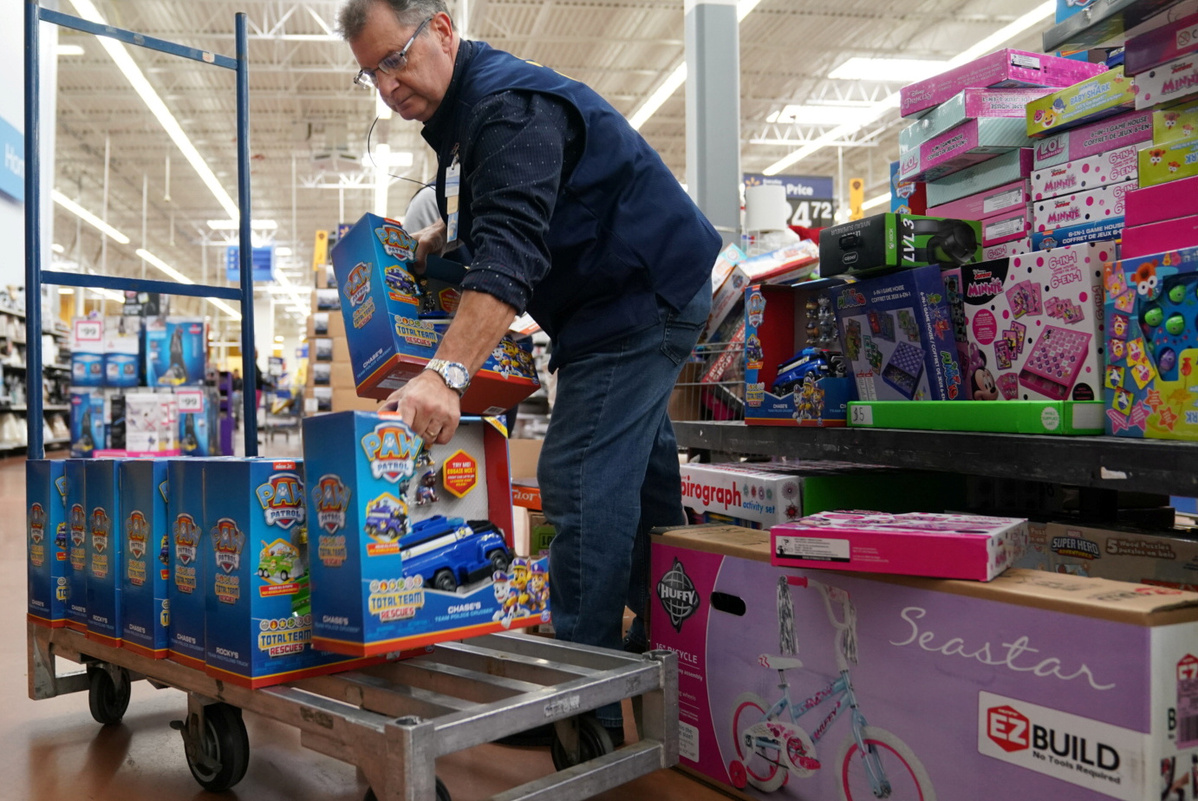 A Walmart employee stocks the toy section of Walmart on Black Friday, a day that kicks off the holiday shopping season, in King of Prussia, Pennsylvania, US, on November 29, 2019. (Photo: Agencies)

After arriving at the supermarket, she found the offers were crazier than she thought. Luckily, as this was an end month and the day when she does her monthly shopping, she was loaded with cash — but admits she ended up impulse buying a bit.

"I always wanted to buy my cousin a gift of two burner stoves, so when I found out the prices had gone down from over $20 to $18, I took advantage of the offers and bought it. The luminarc plates that usually go for $2 each were retailing at half price, so I bought some. Basically, I went home with a load of shopping. It was indeed a memorable experience for me," she said.

Assuming many people may not have been aware of the offers, Kabogo took to her WhatsApp group and alerted the members.

"Anyone near Tuskys supermarket, rush for shopping, irresistible offers," she wrote in the group. Some group members who were not aware of the offers promised to rush to the store after work, while those who could not manage regretted they learned of the deals too late — but promised to be alert next time.

Kabogo said by the time she was leaving the overcrowded supermarket, some of the items on offer had already gone out of stock. She wished retail stores would fully prepare next time and order a larger stock.

Barely three days after the shopping festival, Kabogowho also shopped through Jumia, one of the e-commerce platforms in the country, and already marked her calendar for next year's Black Friday.

"Next year, I will save enough money and engage more than one Jumia agent to ensure I get the most out of the shopping festival," she said.

On Black Friday, Tuskys supermarket was offering 40 to 70 percent discounts on selected items including foodstuffs, electronics and clothes. Jumia and Kilimall, the two main e-commerce platforms, also had offers ranging between 30 and 70 percent for various goods.

James Ogego stopped into Shoprite Supermarket in Nairobi's Westgate Mall after work to check on the offers, specifically electronics.

Ogego said Black Friday is gaining popularity in Kenya compared to previous years, noting many of his colleagues had promised to stop by retail stores after work for some shopping. Most, he said, had ordered goods via Jumia and Kilimall.

Nicole Mutheu said she shopped via Jumia for the first time, and the discounts she got through the e-commerce platform left her yearning for next year's Black Friday.

Mutheu said unlike last year the online platforms had done a good job in terms of advertising their offers, but says the retail stores didn't alert their customers adequately, as many were shocked to learn of the offers during their normal after-work shopping.

She expressed gratitude to social media for enabling people to alert their friends of crazy offers at retail stores.

"Next year, I will start saving toward Black Friday shopping in advance, as well as plan adequately for the items I need to avoid impulse buying. I wish every day was a Black Friday, I truly enjoyed the shopping," she said.

The offers were for travel from Nov 29 to May 31, 2020. An officer from a local travel agent, who sought anonymity because she is not allowed to speak for the company, said they had received many bookings between Friday and Monday.

"We have many bookings for December, both for local and international flights. Passengers took advantage of the offers to book flights for their Christmas holiday travels," she said.