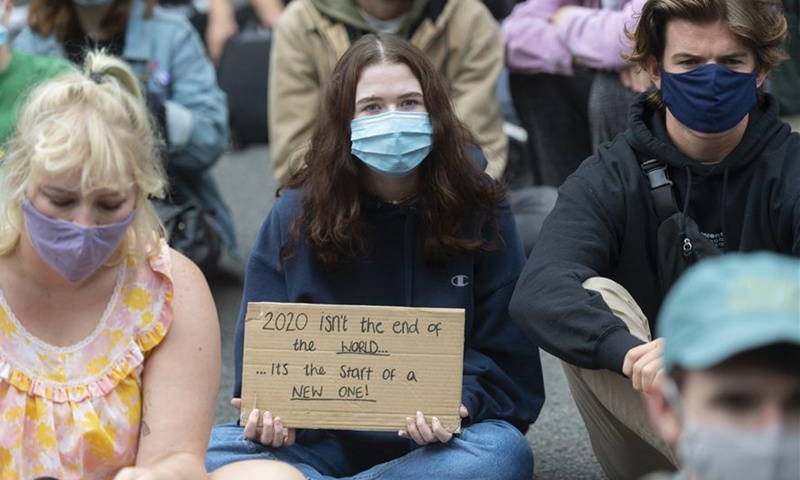 An African-American man who was arrested and led by a rope by two white Texas police officers has sued the US city of Galveston for $1 million in damages, his lawyer told AFP Monday.

Donald Neely was detained for trespassing in August 2019 by two mounted police officers, who handcuffed him, tied a rope to his restraints and led him away.

The image caused outrage, serving as a painful reminder of some of the bleakest moments in America's brutally racist past, including the chaining of enslaved people and lynching of black people in the Jim Crow South in the years after emancipation.

Neely was led on foot several blocks through the center of the small seaside town in southeast Texas, passing a number of people, some of whom photographed the incident.

One photo in particular quickly went viral on social media and sparked anger and indignation at the degrading treatment of the detained man.

In a suit filed on October 7, Neely called his treatment by police "extreme and outrageous."

"Neely felt as though he was put on display as slaves once were," the lawsuit said, saying the plaintiff suffered humiliation and fear through the police officers' actions.

Neely is seeking $1 million in compensation.

"What happened to Donald was simply wrong," his lawyer, Julie Ketterman, told AFP. "He wants to do what he can to make sure this doesn't happen to anyone else."

At the time of his detention, Neely was homeless. He was found asleep on the forecourt of a building by the two officers from the mounted patrol unit.

Local media reported at the time that he had been charged with trespassing on several previous occasions.

The Galveston police chief, Vernon Hale said that the technique deployed by the mounted police was one that was taught to officers, but that he had decided to discontinue its use.

He apologized to Neely and said he should have been transported in a police vehicle, but that none were available at the time.

Hale's statement sparked frustration, with some activist groups saying his response was "weak."