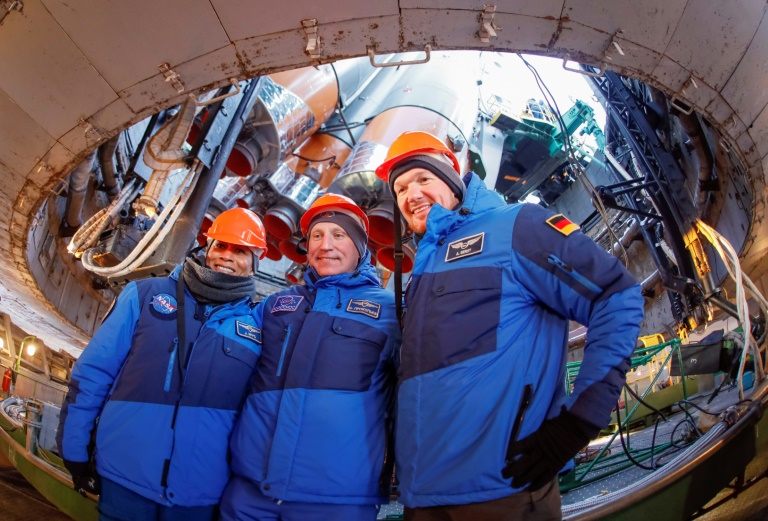 Jeanette Epps, 46, a former CIA agent turned astronaut, was about to become the first African-American to embark on a mission lasting several months at the International Space Station.

It's still unclear why, but plans for her June liftoff suddenly changed, and another astronaut was chosen in her place, NASA has announced.

"A number of factors are considered when making flight assignments; these decisions are personnel matters, for which NASA doesn't provide information," US space agency spokeswoman Brandi Dean said in an email to AFP on Friday.

"Epps has returned to the active astronaut corps at Johnson Space Center to assume duties in the astronaut office," Dean added.

"She will be considered for assignment to future missions."

Epps was supposed to blast off aboard a Russian Soyuz rocket from Kazakhstan in June, to serve as a flight engineer on the ISS as part of Expedition 56, and remaining on board for Expedition 57. Each expedition's tour of duty typically lasts three months.

It would have been the New York native's first trip to space, and the first long-duration stay at the orbiting outpost by an African-American.

Six other African-American astronauts have traveled to the space station, but those were shorter missions during the space shuttle era when the ISS was being assembled.

NASA announced in a statement late Thursday that Serena Aunon-Chancellor, who was initially meant to fly on a later mission, will launch in June instead of Epps.

Aunon-Chancellor "joined the astronaut corps in 2009 and has been at NASA since 2006, when she became a flight surgeon," according to her biography.

Epps earned her doctorate in aerospace engineering from the University of Maryland in 2000.

"She spent seven years as a CIA technical intelligence officer before being selected as a member of the 2009 astronaut class," her biography says.