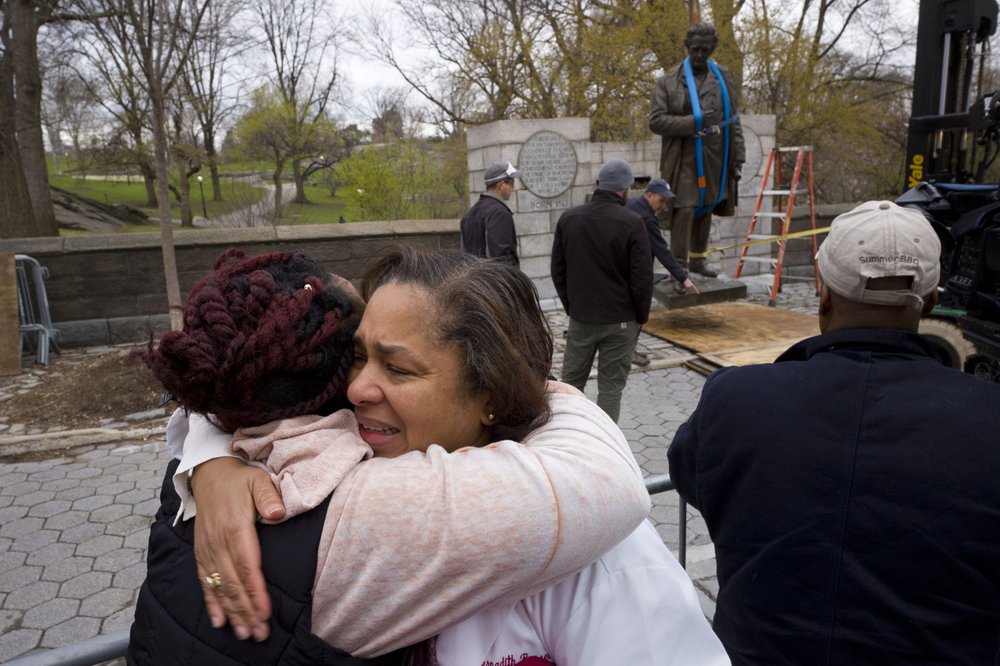 The racist photo on Virginia Gov. Ralph Northam’s yearbook page wasn’t the only thing that disgusted Monifa Bandele. She was especially appalled that the image was published as he was graduating from medical school on his way to become a pediatrician.

The 1984 photo has stirred a national political furor and reopened the long history of bigotry in American medicine. The revelations about Northam gave many African-Americans a new reason to be distrustful of doctors.

“If you devalue black people, that’s going to impact how you treat black people,” said Bandele, senior vice president at Moms Rising, an advocacy group where she works on reproductive health issues, including maternal mortality. “And not just him, all of the medical professionals connected to the school, to the yearbook ... basically, your slip is showing. If you felt that black people were equal to white people in any way, shape or form, you would not think that this was OK.”

The photo surfaced from the pages of the Eastern Virginia Medical School yearbook. The image showed one man in blackface and another in a Ku Klux Klan robe. The Democratic governor denied that he’s in the photo but acknowledged wearing blackface on a separate occasion.

A diverse group of families whose children Northam treated as a pediatric neurologist supported his gubernatorial campaign, praising his determination to improve patients’ lives. He worships at a predominantly black church, and nine of his medical school classmates signed a statement saying they don’t believe he’s “ever engaged in, promoted, tolerated, or condoned racism.”

But that’s just why some find the blackface photo so pernicious: After all, if even a doctor with such a long career in service to others had this on his yearbook page, what does that do to people’s ability to trust?

The history of race and medicine includes an experiment conducted in Jim Crow-era Alabama, where hundreds of black men with syphilis were left untreated for decades so government researchers could track the disease’s progress in what came to be called the “Tuskegee syphilis study.”

Other stark examples include Dr. J. Marion Sims, a physician in the 1800s who used enslaved African-American women as his medical subjects, operating on them without anesthesia as he developed a gynecological technique.

African-Americans have long complained of being ignored by doctors and having their concerns downplayed. Several studies over the years have documented bias in medicine, including research showing that white doctors sometimes think black patients are less likely to feel pain.

In one high-profile case, tennis star Serena Williams wrote in January 2018 that following the birth of her daughter, she had to push medical professionals to test her to diagnose what turned out to be blood clots in her lungs. Black women are much more likely than white women to die from pregnancy-related issues, and many black women pointed to Williams’ example as emblematic of a larger problem.

Erika Stallings, a black woman living in Harlem, cited her own experience following a 2014 mastectomy and those of many other people she’s talked to in her work as a freelance writer covering racial bias in health care.

The Northam story gave Lillie Head Tyson a new reason to be skeptical. Not that she needed one.

Tyson, a black Virginia woman who voted for Northam, is the daughter of the late Freddie Lee Tyson, who was part of the Tuskegee experiment. The study was publicly revealed in 1972, only 12 years before the yearbook photo was published. The timing wasn’t lost on Tyson.

“It’s not anything that we haven’t heard before, but it is still shocking. You wonder how deep this really goes,” she said Tuesday in a telephone interview.

Keith Brown, a network engineer in Lexington, Kentucky, has organized health fairs to encourage black men to take care of themselves, knowing that many are reluctant to see doctors in part because of the past. Among older people, Tuskegee was seen as a reason not to go.

The Northam story sowed similar doubts. Brown said he would not want to see a doctor with something like in their past “because it makes you wonder if they’re still a racist and what kind of treatment would they provide you.”

Sylvia Perry, an assistant professor of social psychology at Northwestern University who focuses on prejudice and health disparities in medicine, said the Northam photo reinforces the concerns of people who have suspicions about doctors and racial bias.

“It’s like they can finally put a name to a face — literally — and say: ‘This is an example. This is exactly what I’m talking about,’” she said.