The huge blackout that left tens of millions of people in the dark in Argentina, Uruguay and Paraguay over the weekend raised serious questions about the vulnerability of the power grid in South America and brought criticism down on Argentina's leader. 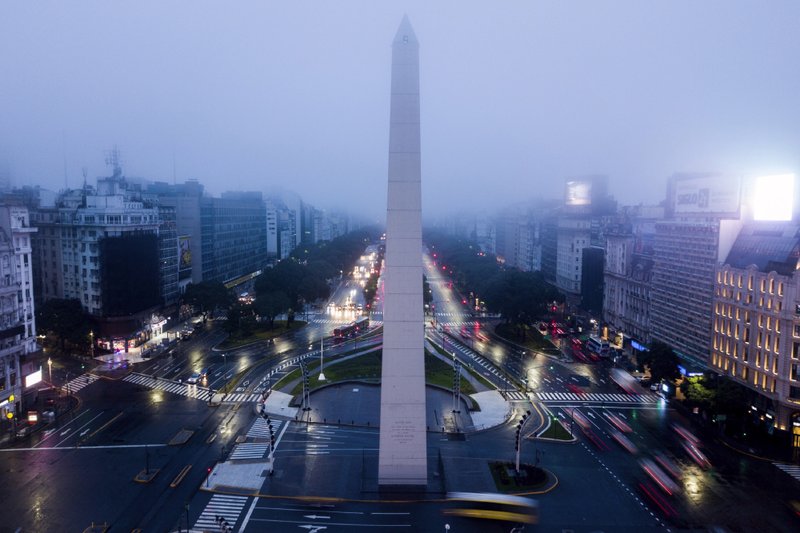 President Mauricio Macri promised a thorough investigation into the cause of what he called an unprecedented outage. Energy officials said the findings would not be available for 10 to 15 days, and they had no immediate estimate of the economic damage from Sunday's 14-hour power failure.

"This is an extraordinary event that should have never happened," said Argentine Energy Secretary Gustavo Lopetegui. "It's very serious. We can't leave the whole country all of a sudden without electricity."

While the precise cause has yet to be established, the blackout originated at a transmission point between two power stations in the country's northeast "when the system was getting too much power," Lopetegui said. A chain of events then caused a total disruption, he said.

Lopetegui did not rule out the possibility of a cyberattack but said it was unlikely.

Argentine energy experts said that operational and design errors probably played a role and that the system should have isolated the local failure before it cascaded so disastrously.

"If the automatic system would have been working correctly, we wouldn't be talking about this right now," said Daniel Montamat, a former energy secretary.

Juan Balda, a native of Argentina who is head of the electric engineering department at the University of Arkansas, speculated that a short circuit in a transmission line — caused perhaps by a fallen tree limb or lightning — set off a "domino effect," tripping a series of protective circuits that shut down power plants one after another. A similar chain of events led to a blackout in the U.S. Northeast and Canada in 2003.

The power failure in South America happened with winter about to begin in the Southern Hemisphere. Blackouts are much more common in the summer, when the use of air conditioners pushes the grid to the maximum.

While energy officials defended the Argentine power system as "robust," the grid had been known to be in a state of disrepair, with substations and cables that were insufficiently upgraded as power rates remained largely frozen for years.

Macri came to power in 2015 promising to reinvest in the grid and end what he called the failed energy policy of his predecessors, and outages have become less common under his government. Just over a week ago, he boasted on Twitter about Argentina's exports of natural gas, saying: "From darkness to exporting energy."

But after Sunday's embarrassing outage, his rivals jumped at the chance to criticize the conservative leader, who is up for re-election in October.

Argentina is going through a deep economic crisis with soaring inflation, a tumbling currency and a spike in utility bills fueled by Macri's decision to cut subsidies as part of an austerity campaign. The crisis has sent his approval ratings plunging and triggered demonstrations.

"Millions of people who have had to pay astronomical rates for electricity to benefit those in power are still waiting for the energy to return to their homes," Alberto Fernandez, a center-left presidential candidate who is seen as Macri's top rival, said on Twitter. "Just days ago, they were boasting about 'exporting energy.'"

The power failure began about 7 a.m., with nearly all of Argentina's population of 44 million, all 3.5 million people in neighboring Uruguay and many more in rural parts of Paraguay waking up to Father's Day in the dark.

Subways and commuter trains came to a stop in Buenos Aires, while phone and internet communications were disrupted, water supplies cut off and shops forced to close. Patients dependent on home medical equipment were urged to go to hospitals with generators.

"The country is already in a weird moment, and then you wake up and can't see anything," said Julieta Dodda, 27, a saleswoman at a Buenos Aires clothing store. "Many people were going to meet for lunch to celebrate the day. I saw many online who joked: 'Happy Father's Day from Edesur and Edenor,' which are our electricity companies."

A similar outage in Brazil, the region's largest country, left more than 60 million in the dark in 2009. Three months ago, crisis-torn Venezuela suffered its worst power failure.

In 2003, about 50 million people in eight U.S. and Canada were hit by a cascading blackout that began when a tree branch in Ohio touched a power line. Experts say the U.S. grid is now better managed and equipped to stop blackouts from spreading.

Power outages can be caused by such things as equipment failures, bad weather, cyberattacks and sabotage.

Cascading outages happen when power surges and automatic equipment shutoffs sweep through a system, said Susan Tierney, an expert on energy policy at the U.S.-based Analysis Group consulting firm. Depending on how robustly a particular electrical system is configured, an outage can spread far and wide.

"That can happen in particular on systems where the grid operator does not have sensing and/or communications equipment already built into the grid that might otherwise allow him/her to visualize what's coming at them from another part of the grid and to take quick and remedial action to protect service in their own area," she said in an e-mail.