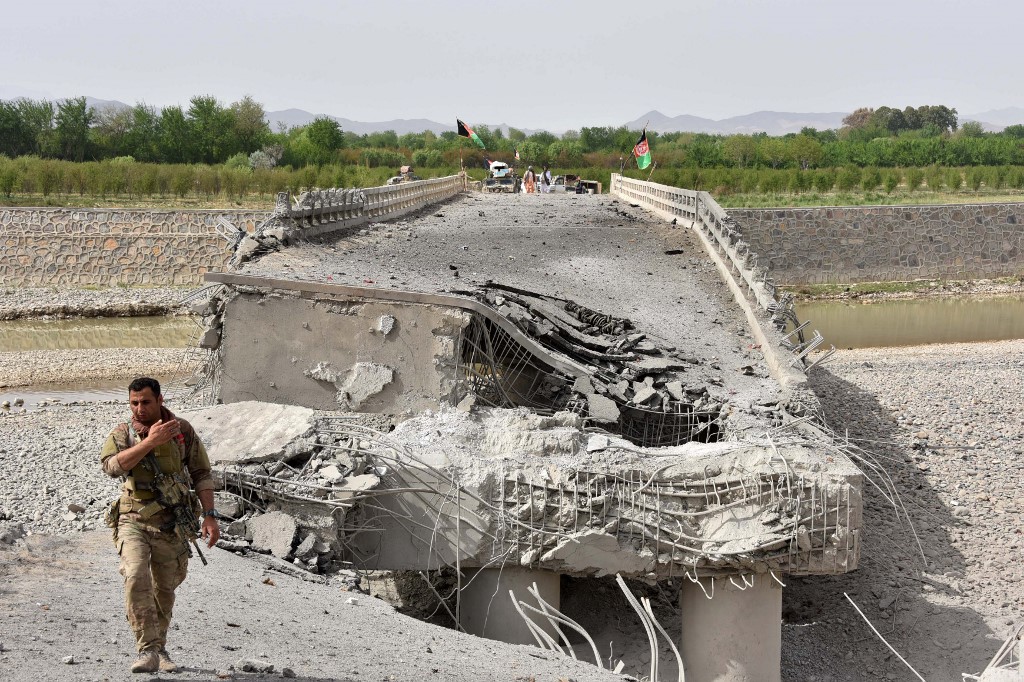 A soldier walks near the destroyed section of a bridge connecting Kandahar city and Arghandab district, near Kandahar on March 24, 2021 after a bomb blast. (Photo: AFP)

"The terrorists planted explosive device inside a handcart that went off around 2:00 p.m. local time in Bandar Kalaft area of Balkh district, killing two civilians including a child on the spot and injuring 16 others including 13 civilians," Adil told Xinhua.

Without providing more details, the official said that investigation is underway.

No group or individual has claimed responsibility yet.