MOSCOW -- A mixture of gas and air went off on board an oil tanker in Nakhodka Bay in Russia's Far East on Saturday, leaving two people dead and another missing. 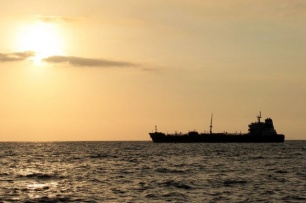 No blaze was observed and investigators have launched a criminal case over the incident, Sputnik news agency reported, citing a statement from the regional branch of the Russian Investigative Committee.

A spokesperson of the Nakhodka port authority told Sputnik that the name of the tanker is Zaliv Amerika.