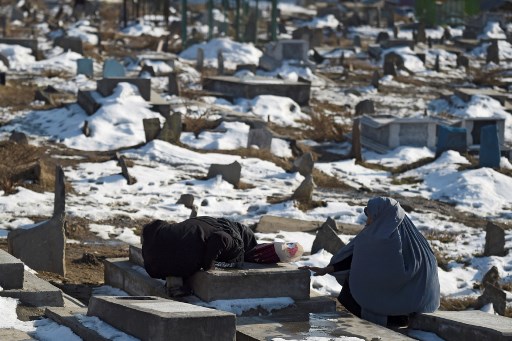 A woman kisses the tomb of a relative at the Kart-e-Sakhi cemetery in Kabul on February 6, 2020. (File photo: AFP)

An explosion rattled the Afghan capital Kabul early Tuesday, a security official said, with casualties feared in what appeared to be the first major attack in the city in months.

"The explosion was a suicide attack with civilian casualties," said the ministry of interior's deputy spokeswoman Marwa Amini. A witness near the scene in western Kabul confirmed the explosion.