WORLD Blasts on civilian vehicles in Kabul cause panic among locals

Blasts on civilian vehicles in Kabul cause panic among locals

KABUL, March 15 (Xinhua) -- Targeting civilians vehicles by terrorist groups and anti-government militants in Kabul have caused panic among Afghan as three civilians have been confirmed dead and over two dozen others injured since Sunday. 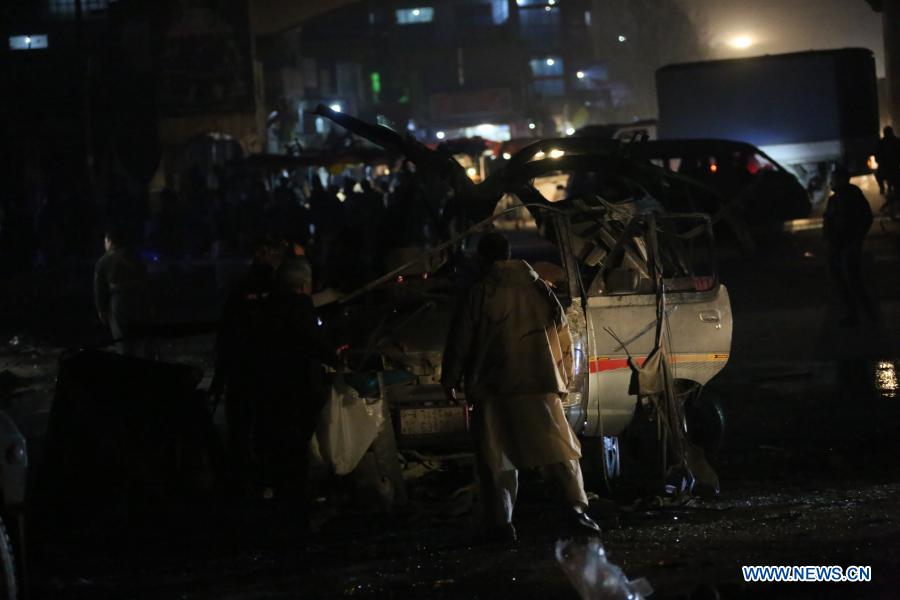 In the latest such indiscriminate attacks on civilian vehicles, a blast ripped through a mini-bus in Kabul on Monday afternoon injuring at least 15 commuters, Kabul police spokesman Ferdaus Faramarz confirmed.

The blast occured at 03:50 p.m. local time on Monday, the official confirmed without providing more details, saying investigation has been initiated into the incident.

All the victims, according to the local media are the employees of the Ministry for Information Technology who were returning home from their offices.

A day earlier on Sunday, two more back-to-back blasts targeted two mini-buses in the western edge of Kabul city leaving three persons dead and injuring 12 others, according to officials.

Although no group has claimed responsibility, the officials don't rule out the involvement of Taliban militants for the attacks.

However, neither Taliban nor Islamic State outfit has claimed responsibility for attack on mini-buses.

The indiscriminate bomb attacks on civilian vehicles have caused panic among ordinary Afghans.

"Every morning when I come out of home for work, I am not sure if return alive home in the evening," a street vendor Mohammad Qasim told Xinhua.

Echoing the fear, another Kabul resident Mohammad Naem said with sorrow that frequent blasts and terrorist attacks have killed the hope for peace in Afghanistan.