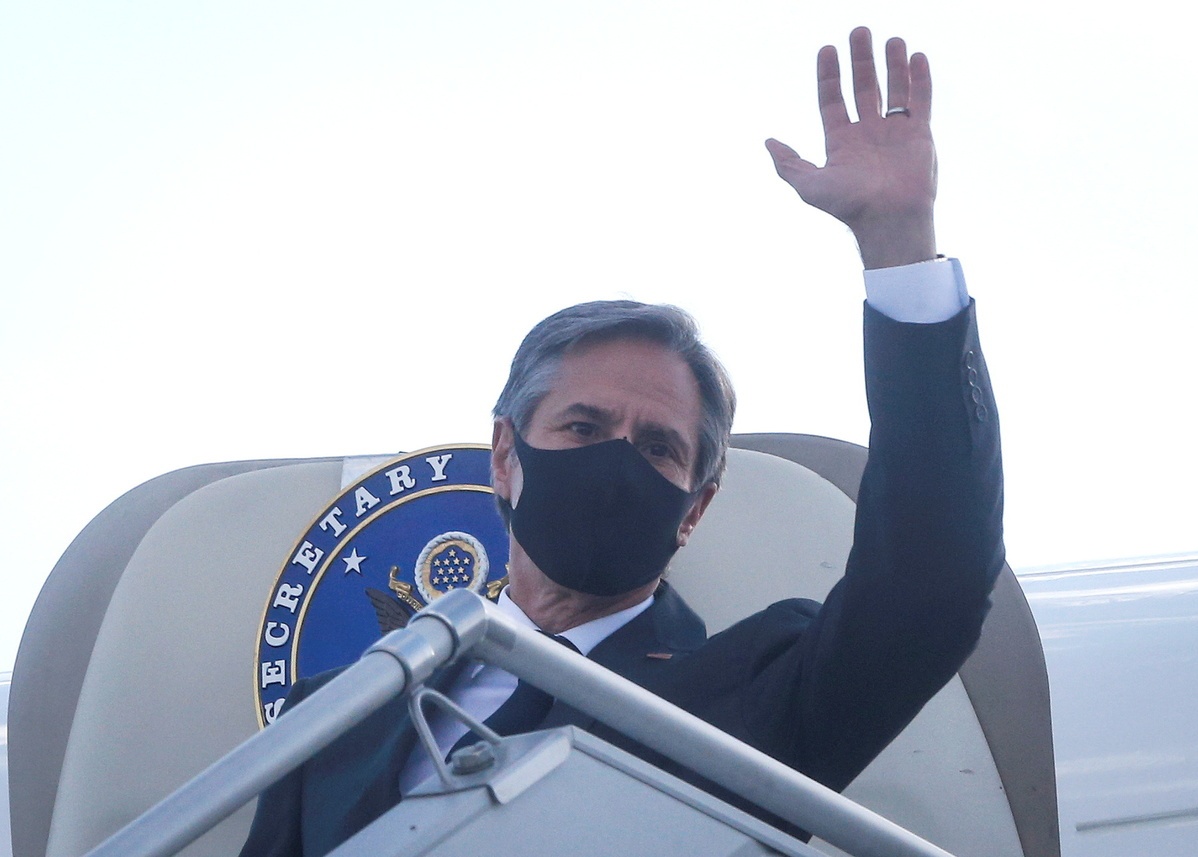 US Secretary of State Antony Blinken waves upon his departure from Boryspil International airport outside Kyiv, Ukraine May 6, 2021. (Photo: Agencies)

WASHINGTON, May 8 (Xinhua) -- US Secretary of State Antony Blinken said on Friday that some US actions in recent years have undermined the rules-based world order.

"I know that some of our actions in recent years have undermined the rules-based order and led others to question whether we are still committed to it," Blinken made the remarks at the United Nations Security Council Open Debate on Multilateralism.

During the administration of former US President Donald Trump, the United States announced its exit from some international agreements, such as its withdrawal from the Iranian nuclear deal, a landmark agreement signed in 2015 between Iran and six major countries.

The United States decided to quit the Paris Agreement in June 2017 and formally withdrew from the climate change deal on Nov. 4, 2020, making it the only nation among nearly 200 signatories that has abandoned this global agenda on combating climate change.