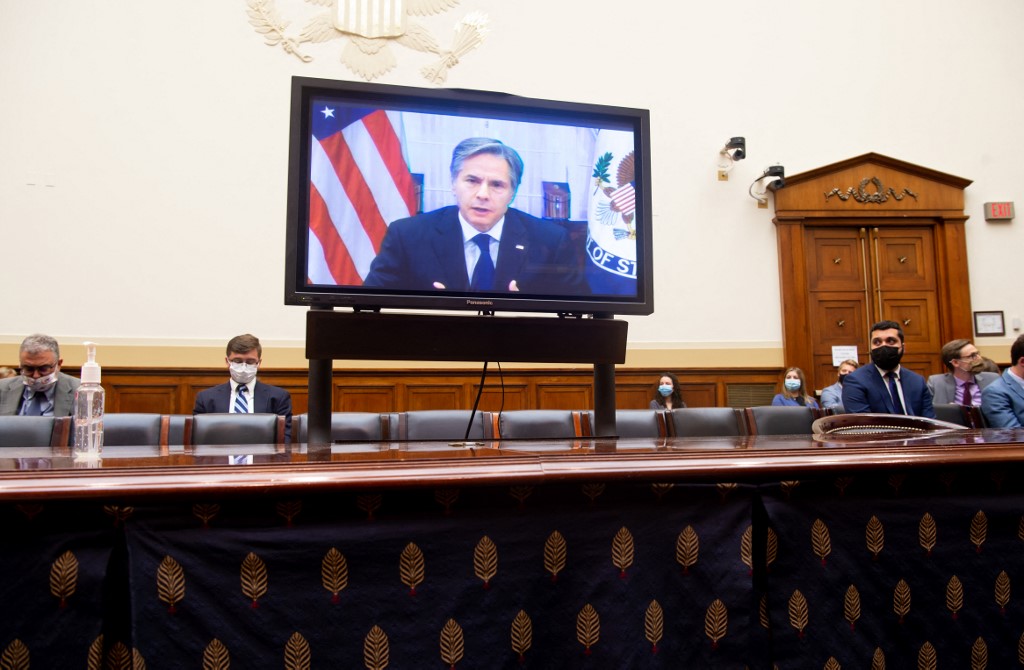 US Secretary of State Antony Blinken appears on a television screen as he testifies virtually on the US withdrawal from Afghanistan during a House Foreign Affairs Committee hearing on Capitol Hill in Washington, DC, September 13, 2021. (Photo: AFP)

U.S. Secretary of State Antony Blinken tried to beat back criticism of the withdrawal of American troops from Afghanistan on Monday at a contentious congressional hearing where at least two Republicans called on him to resign.

In five hours of often testy exchanges with lawmakers, Blinken defended President Joe Biden's decision to pull out and pushed back on accusations that the State Department should have done more to help Americans and at-risk Afghans to be evacuated, blaming the previous administration for lacking a plan.

He repeatedly noted that Republican former President Donald Trump had negotiated the withdrawal agreement with the Taliban, and said Biden's administration could not renegotiate because of threats from the group to resume killing Americans.

"There's no evidence that staying longer would have made the Afghan security forces or the Afghan government any more resilient or self-sustaining," Blinken said.

"We inherited a deadline. We did not inherit a plan," Blinken said, referring to the Trump administration's agreement to remove all U.S. forces from Afghanistan by May 1.