WORLD Blinken rejects claims of 'cold war' between US and China

Blinken rejects claims of 'cold war' between US and China

US Secretary of State Antony Blinken rejected the claims of "cold war" between the US and China in an interview with the Financial Times, adding that he resisted "putting labels on most relationships including this one, because it's complex." 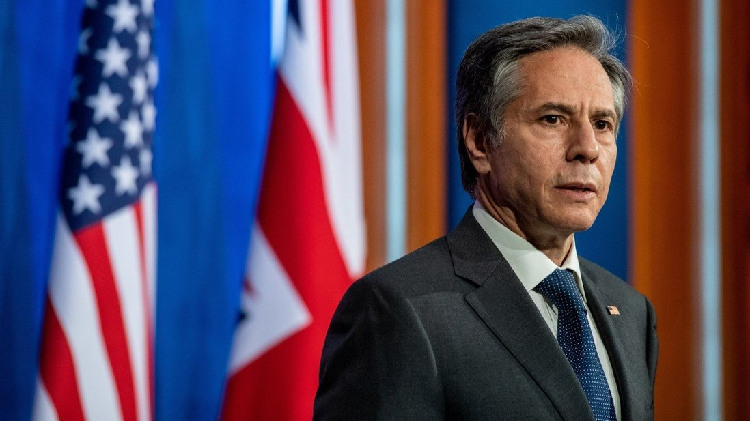 US Secretary of State Antony Blinken takes part in a news conference at Downing Street in London, UK, May 3, 2021. /Reuters via CGTN

"This is not about initiating a cold war, this is all about doing our part to make sure that democracy is strong, resilient, and meeting the needs of its people," he said, referring to Washington's intention to hold a "democracy summit" later in the year.

"We're not asking countries to choose (between the US and China)," Blinken added in remarks at the FT Live event on Tuesday.

He took the interview during a visit to London for talks with G7 counterparts.

The G7 foreign and development ministers gathered Monday for a three-day meeting for the first time in two years to address such issues as economic recovery after the coronavirus pandemic as well as climate change.

It is reported that Blinken will attend a United Nations Security Council meeting on Friday to discuss global cooperation and multilateral institutions, the first event convened by China as it assumes the Security Council presidency for the month of May.

The gathering will focus on the maintenance of international peace and security, upholding multilateralism and the UN-centered international system, Chinese Ambassador to the UN Zhang Jun said during a press conference previewing China's priorities for its presidency.