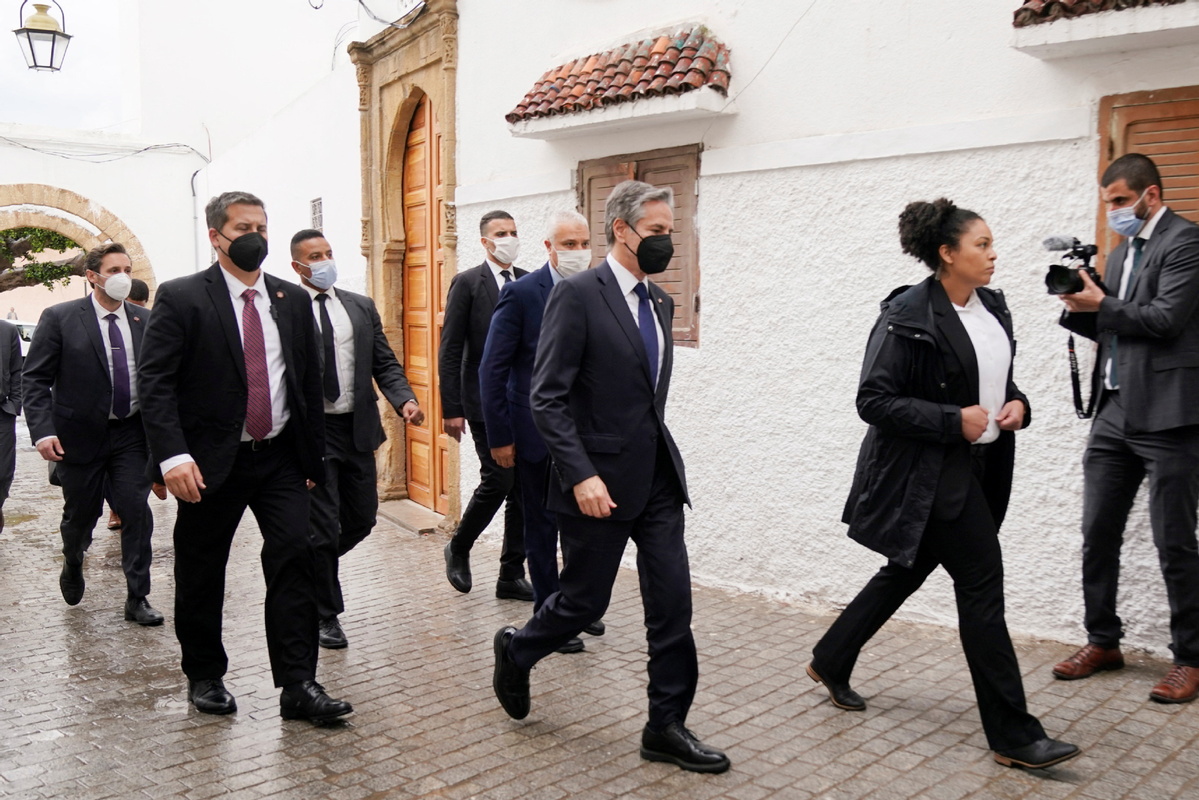 US Secretary of State Antony Blinken's recent Mideast tour, which was aimed at addressing US allies' concerns before reviving the 2015 Iran nuclear deal, enlisting regional countries' support for sanctions against Russia and strengthening Israel's relations with Arab countries, is unlikely to contribute to the region's long-term stability and peace, analysts have said.

The willingness of the United States to seek long-term peace and stability in the Middle East remains doubtful, as maintaining animosity among Mideast countries and dividing the region serve US interests both economically and strategically, analysts have argued.

The revival of the Iran nuclear pact, formally known as the Joint Comprehensive Plan of Action (JCPOA), is currently the top priority of the United States in the Middle East, according to analysts.

By reaching an agreement with Iran, Washington hopes to limit Iran's nuclear capability as well as the development of other sectors such as defense and economy, while pumping more Iranian oil into the international market to meet the demands of European consumers, who have cut Russian gas supplies, said Lu Jin, a research fellow with the Institute of West-Asian and African Studies under the Chinese Academy of Social Sciences.

An important goal of Blinken's Mideast tour was to address the concerns of Israel, a close US ally and an arch enemy of Iran, who worries that easing sanctions will bolster the Islamic republic militarily and economically, added Lu.

During Blinken's visit to Israel, where he took part in a two-day conference with the participation of foreign ministers from Israel and four Arab states, namely, the United Arab Emirates (UAE), Bahrain, Morocco and Egypt, the top US diplomat vowed that his country will continue to work together with its allies to confront "common security challenges and threats, including those from Iran and its proxies."

Despite Blinken's remarks, Israel would maintain its posture against Iran, since Iran remains the most powerful country in the Middle East region to challenge Israel, analysts said, adding Blinken's visit to Israel is mostly symbolic rather than substantive and will have little impact on the improvement of ties between Israel and Iran.

"The US is eager to press Saudi Arabia, the UAE, and other Gulf oil-producing countries to increase their production capacity in order to relieve the European Union's burden of high energy costs and the bloc's reliance on Russia's energy supply," said Ma Xiaolin, dean of the Mediterranean Institute at Zhejiang International Studies University.

The Gulf Arab states, primarily Saudi Arabia and the UAE, have largely stayed put despite Washington's repeated calls for increased oil output. Senior officials from both countries have pledged to follow the plan for progressively increasing oil production as adopted by the OPEC+, of which Russia is a member.

While meeting with Crown Prince of Abu Dhabi of the UAE Sheikh Mohammed bin Zayed Al Nahyan during his visit to Morocco, Blinken told the UAE leader that Washington is determined to help the Gulf state fend off attacks from the Iran-backed Houthi militia in Yemen, apparently in response to the UAE's concerns about the declining US commitment to the region's security.

The top US diplomat revealed in Algeria, the last leg of his Mideast tour, that energy was not a focus of his talks with the UAE leader, even though Washington wanted Gulf nations to increase production to temper soaring crude prices, which are partially caused by the Russia-Ukraine conflict.

One day after Blinken left the Middle East, the OPEC+ only agreed on a modest oil output increase, ignoring Western pressure to significantly increase production. After the OPEC+ refused to bend, the United States opted to tap its strategic reserves to keep prices from rising too high.

The message was that Blinken's Mideast tour did not bridge the rift between Washington and its Gulf allies, and that his goal of uniting the stance against Russia had obviously failed, said analysts.

"For the time being, it's very difficult for the United States to seek Mideast countries' support for sanctions against Russia, because it might hurt their interests," said Li Weijian, vice president of the Chinese Association of Middle East Studies and researcher at the Shanghai Institutes for International Studies.

Israeli Foreign Minister Yair Lapid has hailed the conference of foreign ministers between Israel and four Arab countries as "making history," as it marks the first time that Israel hosts a meeting with Arab foreign ministers.

However, the absence of Jordan, which made peace with Israel in 1994 but did not join the conference, shows that the Palestinian issue is not forgotten.

On the day of the Israeli conference, Jordan's King Abdullah arrived in Ramallah for the first time in years to meet with Palestinian President Mahmoud Abbas.

"Arab normalization meetings are nothing but an illusion and a free reward for Israel unless the occupation ends," Palestinian Prime Minister Mohammed Ishtaye reportedly told his Cabinet on the day of the conference.

Although the reconciliation between Israel and some Arab countries is supposed to ease some tensions in the Middle East, it could also further marginalize the Palestinian issue, said Wu Bingbing, director of the Center for Middle East Studies at Peking University.

"Closer relations between Israel and several Arab countries will help the United States transfer its commitment to ensure their security partially through a regional arrangement including Israel, who is happy to do so because the move will improve its own security situation," said Wu.

If the conference between Israeli and Arab foreign ministers is successful in becoming an annual regional forum, it will have a long-term impact on the Middle East and may provoke moves from Turkey, Iran, and other countries, said Li, the researcher at the Shanghai Institutes for International Studies.

He emphasized that the conference's impact must be assessed further because it is still unclear whether it would serve as a long-term mechanism.

However, the Palestinian issue will remain as a sensitive one for Arab countries for a long time to come, and the United States, which tries hard to portray itself as a peace-maker in the Middle East, has done little to address the root cause of the issue as illustrated by Blinken's reiteration of Washington's "ironclad commitment" to Israel, analysts observed.