US Secretary of State Antony Blinken will hold his first foreign "trip" Friday through virtual talks with Mexico and Canada, seeking common ground on migration and other issues that have tested the neighbors' relations. 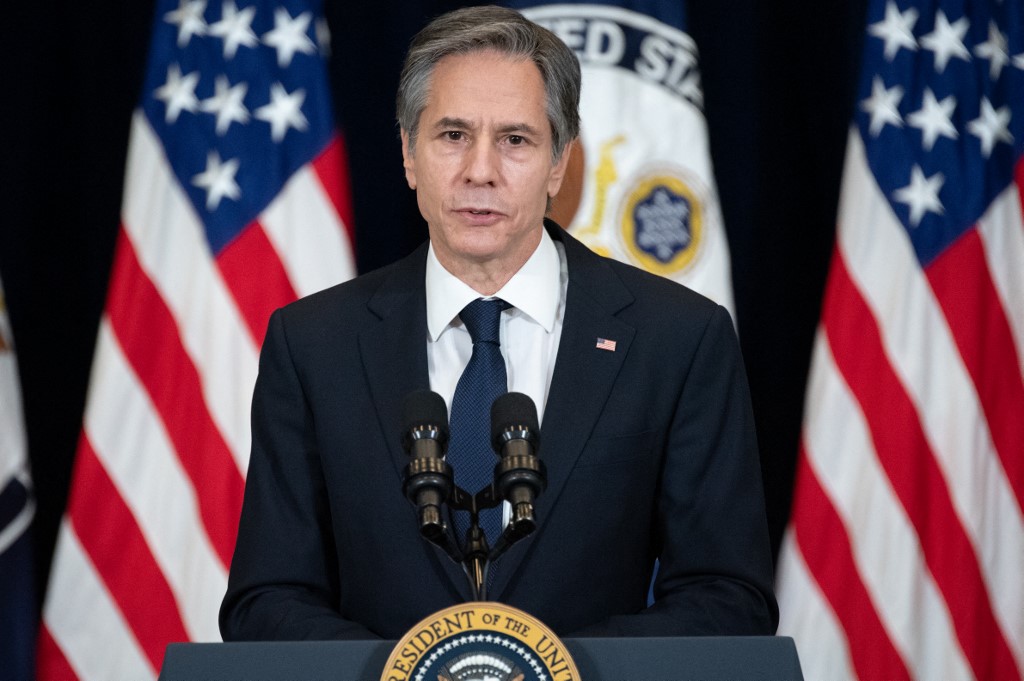 In this file photo taken on February 04, 2021 US Secretary of State Antony Blinken speaks to staff at the US State Department during the first visit of US President Joe Biden in Washington, DC. (Photo: AFP)

In a sign of President Joe Biden's push to discourage travel to halt the Covid-19 pandemic, Blinken will stay in Washington and speak by videoconference with his counterparts in Ottawa and Mexico City.

Blinken, who also plans virtually to visit the US-Mexico border, is following the lead of Biden, who on Tuesday held his first "summit" in the form of a virtual meeting with Canadian Prime Minister Justin Trudeau.

"Secretary Blinken's virtual travel prioritizes the health and safety of everyone involved, while demonstrating the significance of our partnerships with our neighbors and some of our closest partners," State Department spokesman Ned Price said in a statement Thursday.

Former president Donald Trump had strained ties with many close US allies including Canada although many were surprised by his productive relationship with Mexican President Andres Manuel Lopez Obrador, a populist from the left.

Under pressure of sanctions from Trump, Mexico agreed to keep on its soil thousands of Central Americans and other asylum seekers pending review of their applications to flee to the United States.

The Biden administration has begun to dismantle the program, which migrant advocates say has put people fleeing violence at physical risk and violates international refugee law.

Tensions have also spiked between the neighbors over the US prosecution of prominent Mexicans on drug-trafficking charges and mutual threats to curb cooperation.

The United States in October arrested in Los Angeles a former Mexican defense minister but he was released after heavy pressure from Mexico, which US officials say reneged on promises to prosecute him at home.

On Monday, US authorities arrested the wife of detained drug kingpin Joaquin 'El Chapo' Guzman at an airport near Washington, although she has US citizenship as well.

Biden has vowed to build a close relationship with Trudeau, a center-left ally, after Trump cast Canada as a competitor and publicly lashed out at the prime minister over trade policy.

Biden nonetheless quickly moved to end the Keystone XL pipeline promoted by Canada, which was fiercely opposed by environmentalists due to the high level of carbon pollution that causes climate change.