WORLD Bloomberg says Trump, at this point,‘cannot be helped’

Bloomberg says Trump, at this point,‘cannot be helped’ 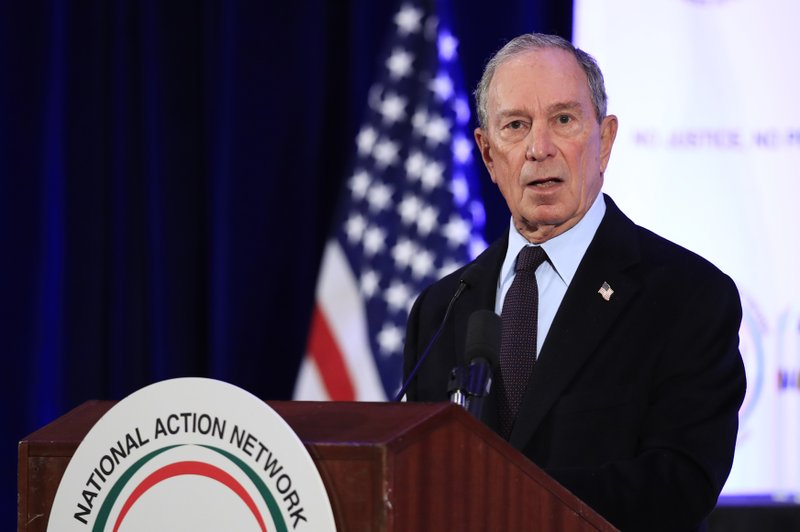 The billionaire businessman said that for fellow New Yorker Trump, “the art of the deal is simply cheating people and not caring about how badly they get hurt and now he’s doing it to the American people.”

Bloomberg also told a meeting of the Democratic Business Council of Northern Virginia that he thinks “it’s clear that this president, at this point, cannot be helped.”

The remarks by Bloomberg, a former Republican who registered as a Democrat only last fall, were some of his toughest against Trump since Bloomberg’s speech to the Democratic National Convention more than two years ago. Back then, Bloomberg warned of the prospect of a Trump presidency: “God help us.”

Bloomberg reflected upon that 2016 speech repeatedly on Friday, and he went further, suggesting that the government shutdown has proved that his initial warning about Trump was correct.

“The presidency is not an entry level job. There’s just too much at stake,” Bloomberg said. “And the longer we have a pretend CEO who’s recklessly running this country, the worst it’s going to be for our economy and our security.

He added: “This is really dangerous.”

Bloomberg’s warm reception at the business-friendly audience highlighted the chief political challenge should he enter the 2020 race. Liberal activists, who like to attack what they call “corporate Democrats,” play a far more prominent role in the primary process than do the kind of business executives who gave him a standing ovation Friday.

One of the most prominent early Democratic candidates, Massachusetts Sen. Elizabeth Warren, has warned against the role of billionaires in the presidential primary process.

Bloomberg tried to make the case for both capitalism and a centrist candidate, suggesting that Democrats don’t need to choose between “energizing the base” and “pragmatic leadership.”

Asked about his 2020 intentions, he acknowledged that he has “a good life” and can make a difference even if he doesn’t run.

“Having said that, I don’t like walking away from challenges.”