WORLD Bloomberg to lobby against tariffs

Bloomberg to lobby against tariffs

Former New York City mayor Michael Bloomberg will be in Washington this week to lobby against US President Donald Trump's plans to slap punitive tariffs on China's exports. 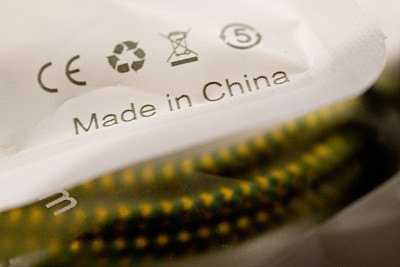 The founder of Bloomberg Limited Partners called this a critical moment.

"Leaders in Washington are considering new trade policies that would unfortunately harm our economy, would kill jobs, would slow innovation, and strain ties with nations around the world, including China, and we just cannot let that happen," he said.

He reiterated that the US and China are closely interconnected and each country has a strong stake in the economic prosperity of the other.

"Cooperation between the US and China is critical to meeting all of the challenges facing our world, from economic growth and trade, to security and climate change," the media mogul said.

Bloomberg said he will travel to Washington "to see people tomorrow and that will be my message, that we just have to find ways to work together. Other countries around the world, again, including China, are responding with their tariffs and we don't need a trade war.

"We're going to make sure that doesn't happen," he added.

He made the remarks at the 2018 International Finance and Infrastructure Cooperation Forum held at Bloomberg headquarters in New York on Wednesday.

The forum, which marked its second year, was co-hosted by Bloomberg Limited Partners and the China General Chamber of Commerce-USA (CGCC).

Joining the forum were Chinese and US government officials and more than 300 senior business executives and financial professionals, who discussed investment trends in China's bond and equity markets, and cooperation in US infrastructure.

Xu Chen, chairman of the CGCC and president and CEO of Bank of China USA agreed with Bloomberg that the two countries are in a sensitive time for bilateral economic and trade relations.

"But as we all know, challenges also bring opportunities," Xu added.

"Today, China and the United States have become each other's most important trading partner," he said. "Moreover, according to a recent CGCC business survey report on Chinese enterprises in the US, Chinese companies directly create more than 140,000 jobs in the US 'Rust Belt' alone, in places like Ohio and Michigan."

Xu pointed out that CGCC member companies have cumulatively invested more than $120 billion in the US economy and currently directly and indirectly support over 1 million US jobs.

He concluded by saying that in reality "the economic and trade cooperation has brought enormous benefits to our two countries and their peoples, and it now has become the bedrock of bilateral relations."

"These are not simple headlines for the media, but globalization and international trade have made a positive impact on the lives of billions of people around the world," he said.