A US federal judge Friday rejected gun control groups' appeal to stop a local company from releasing gun designs online that will allow anyone to download them and print 3D guns, local media reported. 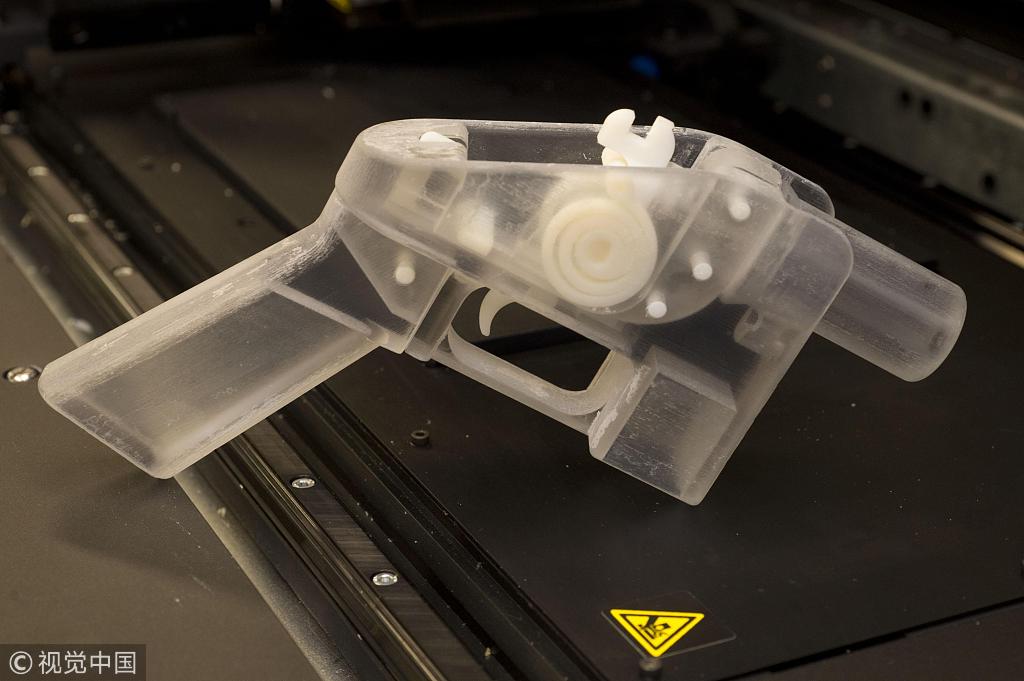 This photo taken on 2013 shows a gun made by a 3D printer. It's been modified so it can't shoot bullets, but its creation raises disturbing questions.  Photo:ＶＣＧ

District Judge Robert Pitman in Austin, Texas, said he was sympathetic to the groups' concerns but questioned their legal standing to intervene in the case.

The emergency motion was filed by the Brady Center to Prevent Gun Violence, Everytown for Gun Safety, and the Giffords Law Center to Prevent Gun Violence after the Justice Department reached a settlement with Texas-based Defense Distributed, a gun rights activist group, to allow it to publish blueprints of firearms that can be 3D printed, and other information online.

Cody Wilson, the group's founder, said the blueprints will be available on Aug. 1.

"This legal victory is the formal beginning to the era of downloadable guns," Wilson told tech website TechCrunch.

In 2013, the government had banned Wilson from publishing downloadable designs of a 3D-printed firearm, saying it violated the International Traffic in Arms Regulations, which are government regulations to control the export and import of defense-related articles and services.

Wilson sued the authorities in 2015, saying the decision violated his constitutional rights to keep and bear arms, the Chicago Tribune reported.

Next month, Defense Distributed intends to release blueprints for 3D-printed guns like a plastic AR-15 semiautomatic assault rifle, which has been used in many US mass shootings.

The judge's decision has triggered grave concern among gun control advocates. They contend it will cause immediate and irreparable harm to national security, especially as home-made 3D-printed guns cannot normally be flagged by metal detectors and have no serial numbers to track them down. Also, people who own them do not require background checks.