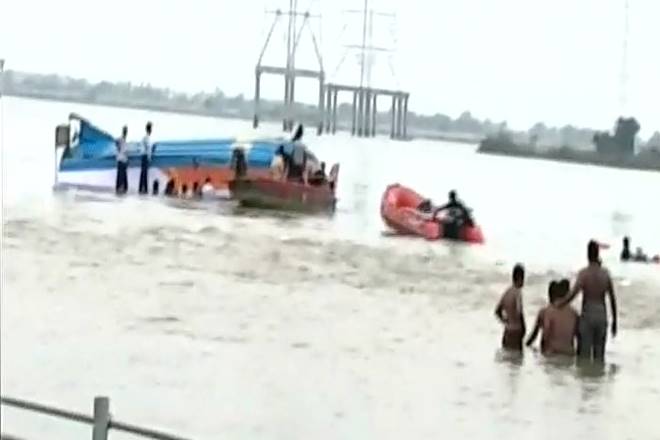 The accident occurred at around 5:45 pm when the boat was on the way from Pravitra Sangamam, Ferry village to Punnami Ghat, Bhavanipuram. A police official said that the boat capsized because it has exceeded its maximum loading capacity of 38 passengers.

All the people in the boat were in the business of cattle-rearing. They crossed the river routinely to collect fodder.