A boat carrying 70 Rohingya Muslims set out for Malaysia from Myanmar this week, two sources and a rights group said, the latest to embark on a dangerous sea journey.

The vessel will be the second to arrive in Malaysia this month as the Rohingya flee Myanmar’s Rakhine state before the onset of the monsoon season in May brings storms at sea that could endanger their lives. 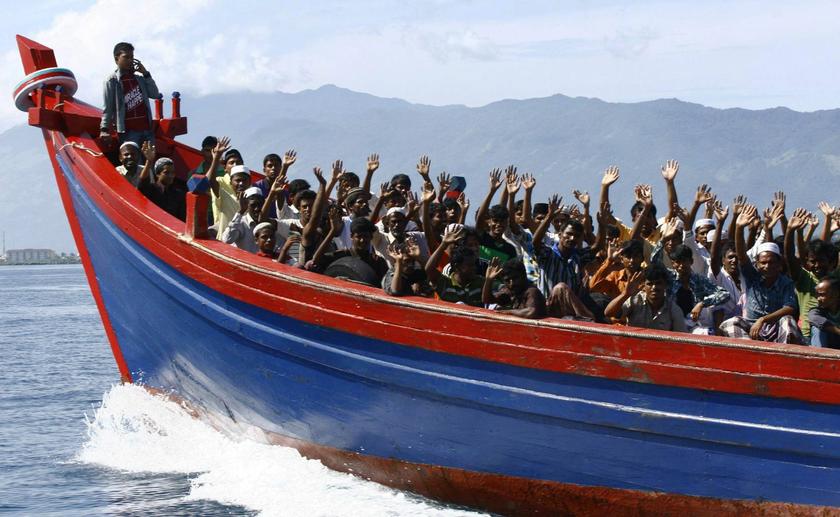 Rohingya have continued their exodus from Myanmar. (Photo: Reuters)

“The boat should arrive in Malaysian waters in the next week, assuming it doesn’t come under distress or make landfall in Thailand,” said Matthew Smith, co-founder of Fortify Rights, adding that the group had received reports of the boat’s departure on April 12.

“This is a tremendously dangerous journey,” Smith told Reuters, adding that the passengers faced deprivation of food, water, and physical space as well as the risk of capsizing.

The boat left Sittwe, the capital of Rakhine state, in the early hours of Thursday, after being initially stopped by authorities, said two sources with knowledge of the matter, who asked not to be identified because the topic is a sensitive one.

Seventy people were on the boat, both the sources said.

Weather conditions or pushbacks by authorities could carry the boat into Thai or Indonesian waters, one source said.

A Myanmar government spokesman did not immediately respond to telephone calls from Reuters to seek comment.

Since August, nearly 700,000 Rohingya Muslims have fled a brutal military crackdown in Myanmar to neighbouring Bangladesh, the United Nations and aid agencies have said.

The refugees have reported killings, rape and arson on a large scale. The United States and the United Nations have described the situation as ethnic cleansing.

Myanmar has denied nearly all allegations, saying it waged a legitimate counter-insurgency operation. The government has said the army crackdown was provoked by the attacks of Rohingya militants on more than two dozen police posts and an army base last August.

The UN refugee agency has said conditions in Myanmar were not ready for the Rohingya refugees to return.

Myanmar has said it is ready to receive the refugees, with one of its ministers this week telling refugees in Bangladesh to set aside the past and prepare to “go back to your own residences”.

Some refugees have said they fear going back due to persecution.

Tens of thousands of Rohingya fled Myanmar by sea following an outbreak of sectarian violence in Rakhine in 2012. That exodus peaked in 2015, when an estimated 25,000 people fled across the Andaman Sea for Thailand, Malaysia and Indonesia, many drowning in unsafe and overloaded boats.