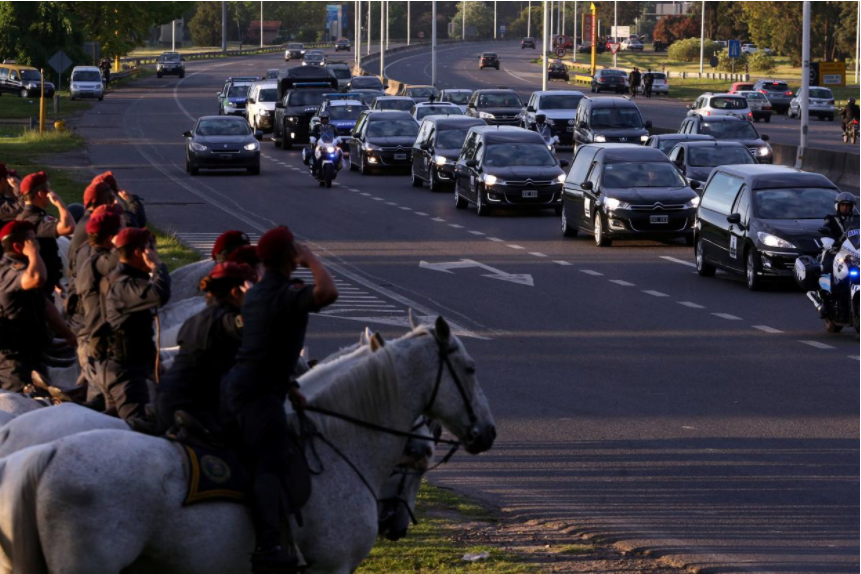 The funeral motorcade of the five Argentine citizens who were killed in the truck attack in New York on October 31 passes by as mounted policemen salute in Buenos Aires, Argentina November 6, 2017. REUTERS/Marcos Brindicci 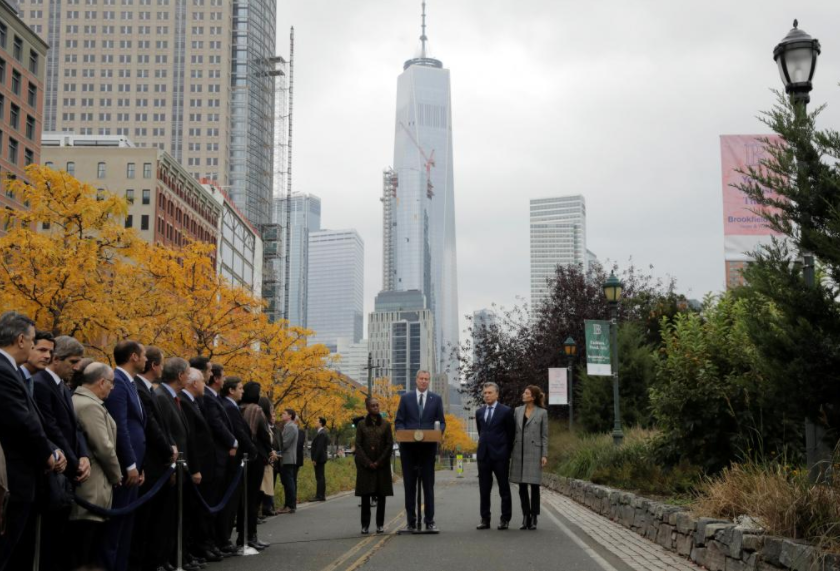 The bodies of five Argentine men killed in a truck attack in New York City last week arrived at their hometown of Rosario on Monday.

A police escort accompanied the bodies of the men as they were transported from Buenos Aires Ezeiza International Airport in a motorcade to Rosario, Argentina’s third-largest city.

Other officers on horseback saluted as the cars carrying the victims passed through the streets of Buenos Aires early in the morning. The motorcade reached a funeral home in Rosario several hours later.

The five, who were businessmen or architects, were among eight people killed on Tuesday in the truck attack as they rode bicycles on a pedestrian path in Lower Manhattan along the Hudson River. The Argentines were part of a group of 10 friends who had traveled to New York to celebrate the 30th anniversary of their high school graduation.

Uzbek immigrant Sayfullo Saipov, 29, was charged in a federal court on Wednesday with driving the truck down the bike trail, crushing pedestrians and cyclists, in support of Islamic State.

Argentine President Mauricio Macri and first lady Juliana Awada joined New York City Mayor Bill de Blasio at the site of the attack on Monday, where they laid flowers and paid tribute to the victims.

“Terrorism does not distinguish or limit countries, nor nationalities,” Macri said.

“Argentines confirm that we want to be part of this battle, that we all have to give in this world to coexist in peace and with love.”

Macri is in New York for a previously planned trip to meet with investors and business executives.

De Blasio said the five Argentines’ visit to New York was an affirmation about all that is good about life.

“We live 5,000 miles apart, but we feel a tremendous sense of unity and a deep connection right now,” De Blasio said.

Rosario mourned for three days after the deadly attack. The victims’ high school, where administrators said lifelong friendships are common among students, is counseling students and observing a weeklong mourning period.