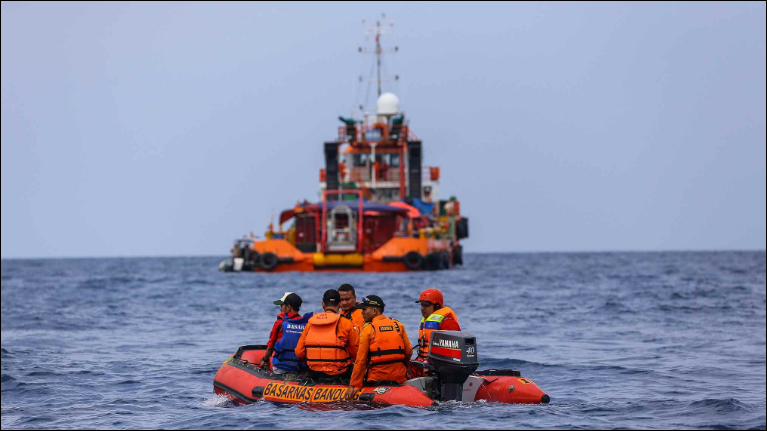 Indonesia's military chief believes a search and rescue team has found part of the body of a Lion Air plane that crashed into the sea with 189 people on board, he told a television channel on Wednesday.

A 22-meter long object has been found in waters about 32 meters deep, and a sonar was being used to identify it, according to officials.

The ill-fated JT610 crashed on Monday morning shortly after taking off on a flight from the capital Jakarta to Pangkal Pinang.

"We strongly believe that we have found a part of the fuselage of JT610," Hadi Tjahjanto told TV One.

The search team had the location coordinates but now had to confirm it was the fuselage, he added.

Indonesia has deployed "pinger locators" to try to locate the plane's black boxes, as the cockpit voice recorder and flight data recorder are known, at the crash site.

"Yesterday afternoon, the team had heard a ping sound in a location at 35 meters depth," the deputy chief of the national transport safety panel Haryo Satmiko said.

"This morning, at 5 a.m., the team has gone back to dive at the location."