The body of a Guatemalan migrant girl, who died in US custody after illegally crossing the border with her father, returned home Sunday in a white casket. 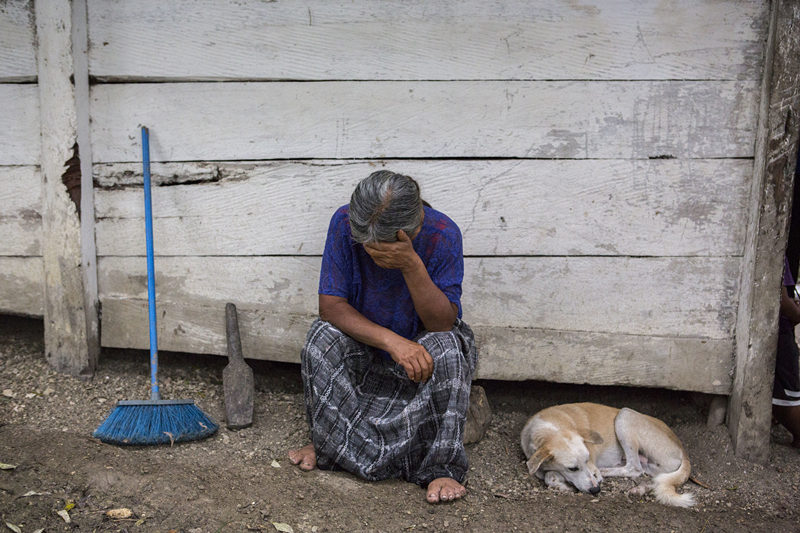 Elvira Choc, 59, Jakelin Amei Rosmery Caal's grandmother, rests her head on her hand in front of her house in Raxruha, Guatemala, on Saturday, Dec. 15, 2018. (Photo: AP)

The December 8 death of Jakelin Caal, seven, reignited a debate in the United States on immigration policy and the treatment of migrants.

It also shocked residents of the indigenous farming village from where her father Nery Caal, 29, fled with her in hopes of finding work in the US.

Guatemalan foreign ministry officials at the airport in Guatemala City received Jakelin's casket, adorned with gold-colored trim, before a hearse carried it on the 10-hour journey to her village of San Antonio Secortez, about 150 kilometers (93 miles) north of the capital.

She and her father left the village, which has neither electricity nor running water, on November 30 in what the girl's mother said was a "necessity" -- a quest for work.

Together, Jakelin and her father travelled more than 3,000 kilometers.

Thousands of other migrants have made the same journey, citing gang violence or poverty, but US President Donald Trump has made clamping down on illegal immigration a central plank of his administration and has repeatedly tried to link immigrants with crime.

The US Department of Homeland Security confirmed the death of Jakelin, saying she died of dehydration and exhaustion in an El Paso, Texas hospital less than 24 hours after being detained as part of a group of 163 illegal boundary crossers in a remote New Mexico border area.

The DHS confirmation came only after the case was reported by The Washington Post.

Joaquin Castro, a Texas congressman who led a delegation to look into the death, blamed "some very disturbing systematic failure in how the young girl's condition was handled."

As he prepared to watch over his granddaughter's body, Nery's father Domingo Caal told AFP: "We cannot condemn anybody."

These include efforts to alert Guatemalans to the dangers of crossing Mexico and into the United States, as well as development programs to attack poverty, Elizondo said.

Jakelin's father is seeking asylum in the United States.