Body of missing famed US extreme skier recovered in Nepal

The body of a famed U.S. extreme skier who went missing this week after falling from the world’s eighth-highest mountain was recovered Wednesday and transported to Nepal's capital. 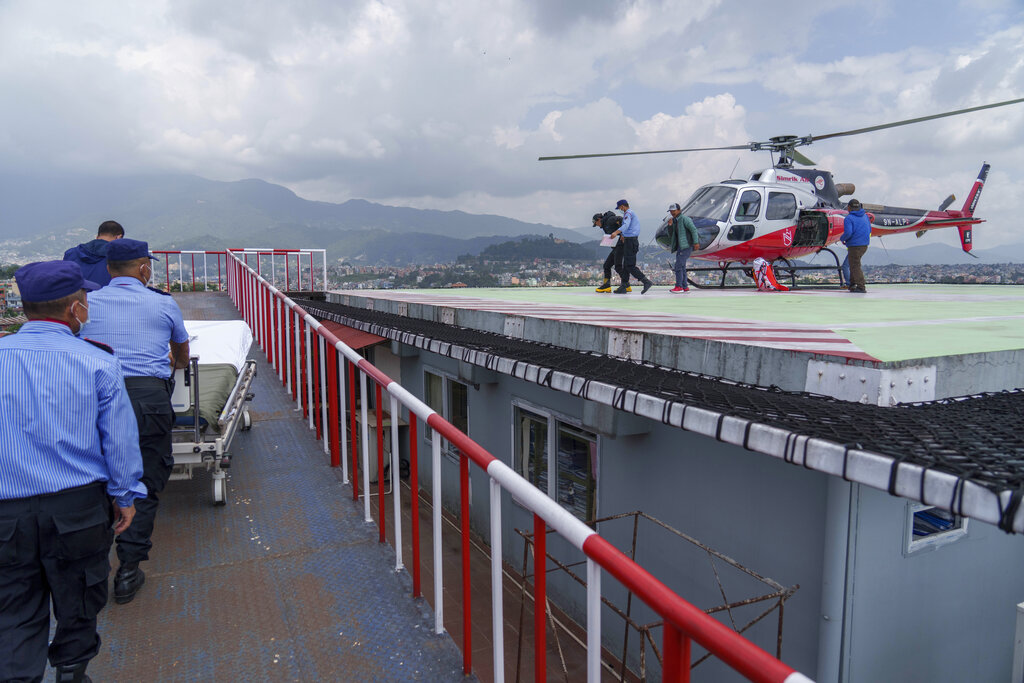 Two Nepali sherpa guides, second right and fourth right, who survived an avalanche at a lower elevation on the world's eighth-highest mountain Mount Manaslu are taken for treatment after being flown to a hospital in Kathmandu, Nepal, Tuesday, Sept. 27, 2022.

Hilaree Nelson, 49, was skiing down from the 8,163-meter (26,775-foot) summit of Mount Manaslu with her partner, Jim Morrison, on Monday when she fell off the mountain.

Her body was flown by helicopter to a hospital in Kathmandu where doctors planned to perform an autopsy.

Rescuers searching by helicopter located Nelson's body on Wednesday after failing to find her on Tuesday and Monday, when bad weather hampered their search.

Also on Monday, an avalanche at a lower elevation on the same mountain killed a Nepalese man and injured several other climbers.

Hundreds of climbers and their local guides were attempting to reach the summit during Nepal’s autumn climbing season.

Nelson, from Telluride, Colorado, and Morrison, from Tahoe, California, are extreme skiers who reached the summit of Mount Lhotse, the world’s fourth highest mountain, in 2018.

Nepal’s government has issued permits to 504 climbers during the autumn season. Most are climbing Mount Manaslu.