Body of slain doctor arrives in Japan after Afghan shooting 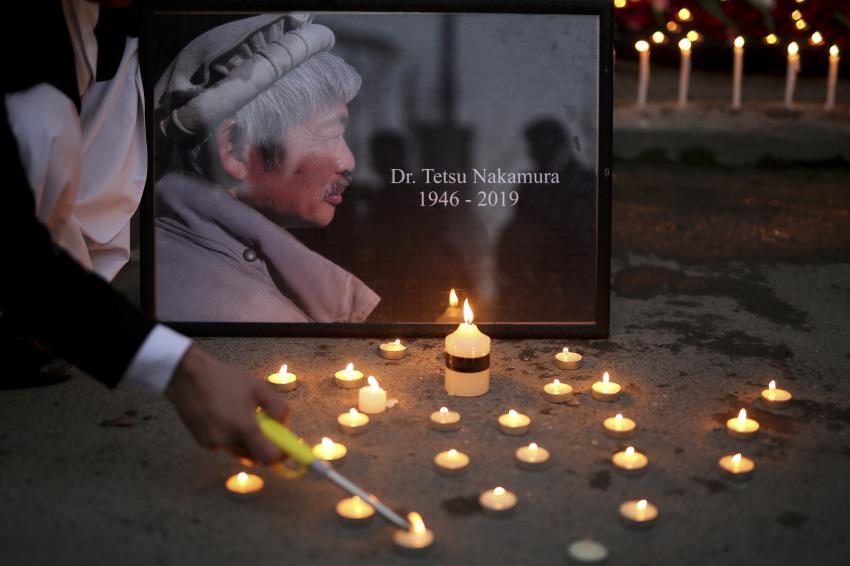 The body of Tetsu Nakamura, a beloved Japanese doctor who was shot to death in Afghanistan after decades of his earnest support for the country, was brought back to Japan on Sunday.

A plane carrying his body landed at Narita airport near Tokyo with his wife and eldest daughter, who visited Kabul after Wednesday's murder.

Vice foreign minister Keisuke Suzuki and other attendants, including his wife, offered a silent prayer at the airport after placing bouquets on his casket wrapped by a white sheet.

His body will be transferred to the western Japanese city of Fukuoka, his hometown, on Monday, local media said.

The 73-year-old was killed in Jalalabad, the main city in the eastern province of Nangarhar where he had worked since the 1980s.

He was killed along with five Afghan guards and colleagues in an attack no-one has yet claimed, and which the Taliban condemned.

Even in a country inured to brutal violence and daily bloodshed, the killing of Nakamura, who transformed barren expanses of eastern Afghanistan and spent decades caring for the sick, came as a horrifying shock to many Afghans.

Ahead of his body's departure from Kabul, Afghan officials, led by President Ashraf Ghani, attended a ceremony at an airport to mourn for the death of Nakamura, who became an honorary citizen of his adopted home.