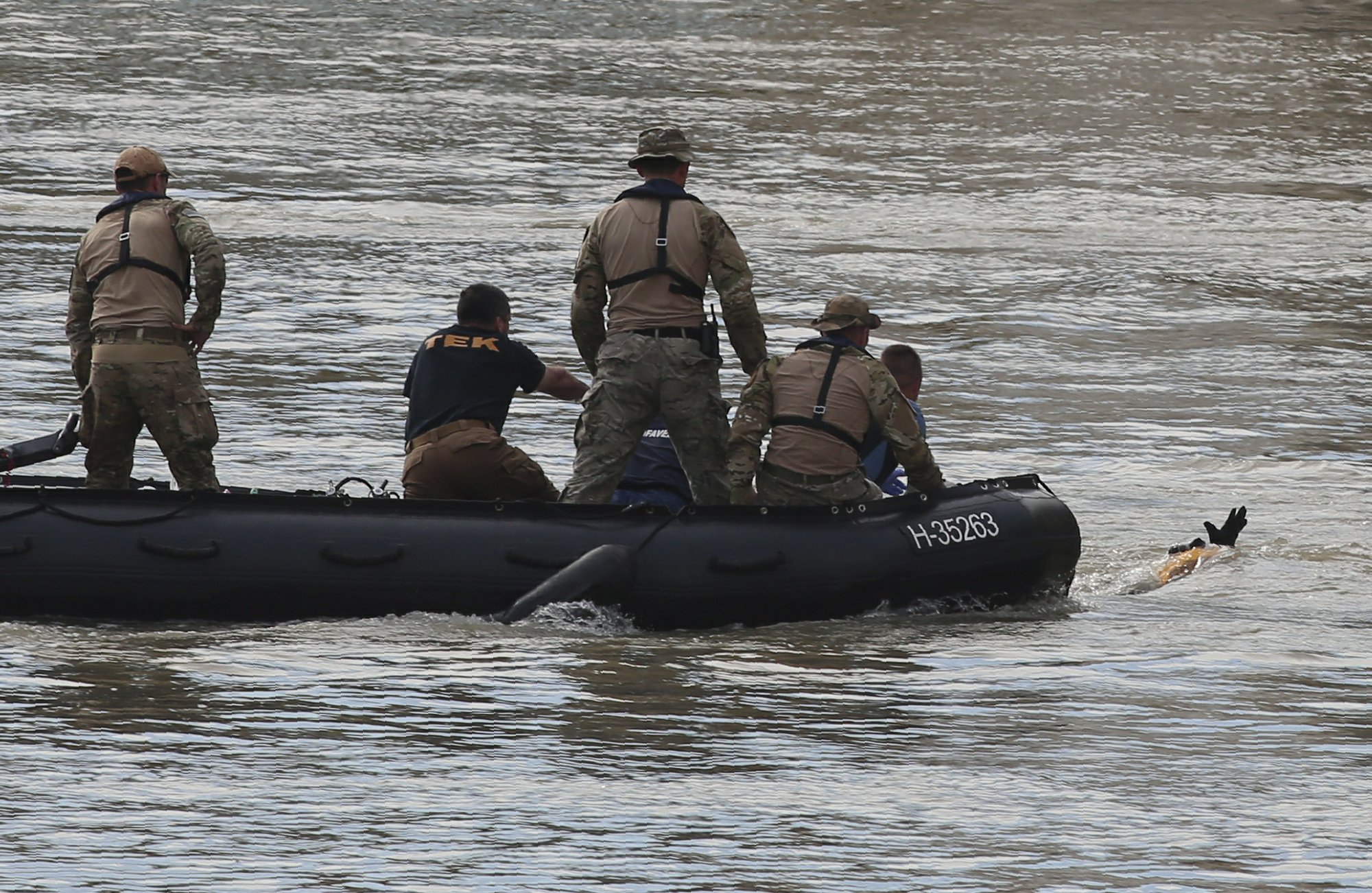 A diver, right, emerge from the Danube river during search operation near the Margaret Bridge where a sightseeing boat capsized in in Budapest, Hungary, Monday, June 3, 2019. The boat carrying South Korean tourists capsized and sank Wednesday night after colliding with a much larger river cruise ship near the Hungarian Parliament building. (Photo:AP Laszlo Balogh)

BUDAPEST, Hungary (AP) — The Latest on salvage efforts at site of sunken tour boat in Hungary’s capital (all times local):

Hungarian officials say divers have recovered a body from the sunken tour boat carrying South Korean tourists that capsized last week after a collision with a cruise ship.

The agency leading the salvage operations said that Hungarian divers found a body in the water Monday morning during an inspection of the wreck and it was brought to the surface in the afternoon by Korean divers also assisting in the search and recovery efforts.

The identity of the deceased has not been released.

If confirmed as one of the victims of Wednesday’s collision, 20 others are still missing. Seven people were rescued after the sinking and seven others were confirmed dead.