The Bank of England is expected on Thursday to raise its key interest rate for a fifth straight time to cool runaway inflation that is causing a cost-of-living crisis in Britain. 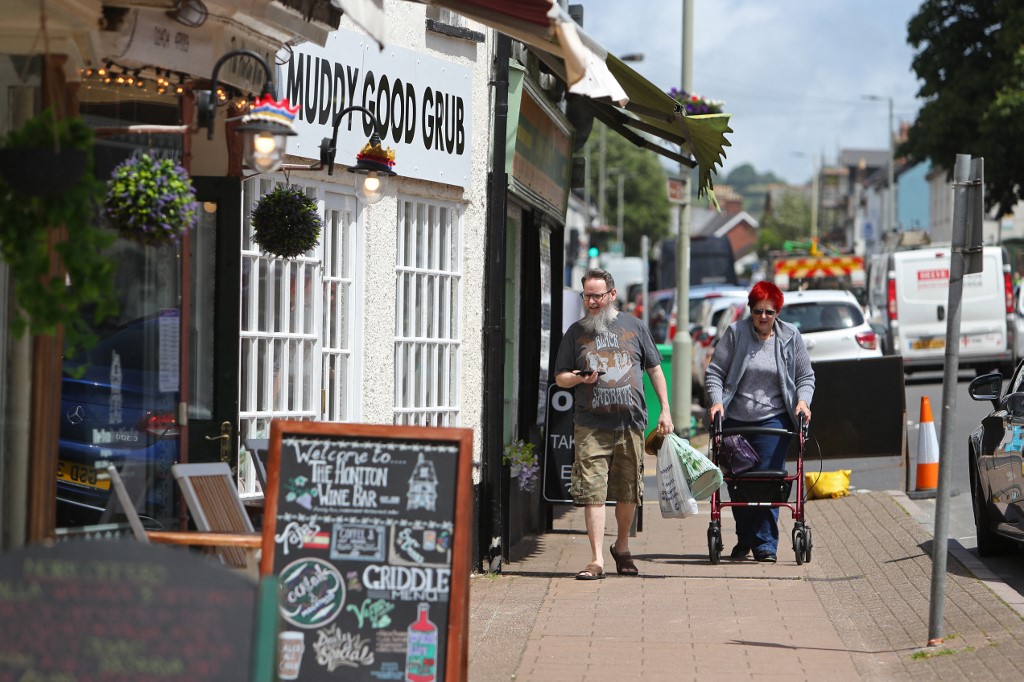 Pedestrians walk along a street in Honiton in south west England on June 10, 2022. (Photo: AFP)

Economists widely forecast that the BoE will use a regular meeting to hike borrowing costs by a quarter-point to 1.25 percent, or the highest level since the global financial crisis in 2009.

Some experts predict an even higher increase, mirroring aggressive rate-tightening by the Federal Reserve.

The US central bank on Wednesday announced the most aggressive interest rate increase in nearly 30 years, raising the benchmark borrowing rate by 0.75 percentage points.

The Bank of England's Monetary Policy Committee will announce its decision at 1100 GMT.

The BoE "is expected to produce another 25 basis-point hike, although there is a growing number expecting the MPC to join the super-sized club before inflation hits double figures", noted Craig Erlam, senior market analyst at Oanda trading group.

UK inflation stands at nine percent, the highest level in 40 years, and is forecast to keep rising.

Prices are soaring worldwide as economies reopen from pandemic lockdowns and in the wake of the Ukraine war that is pushing already high energy costs even higher.