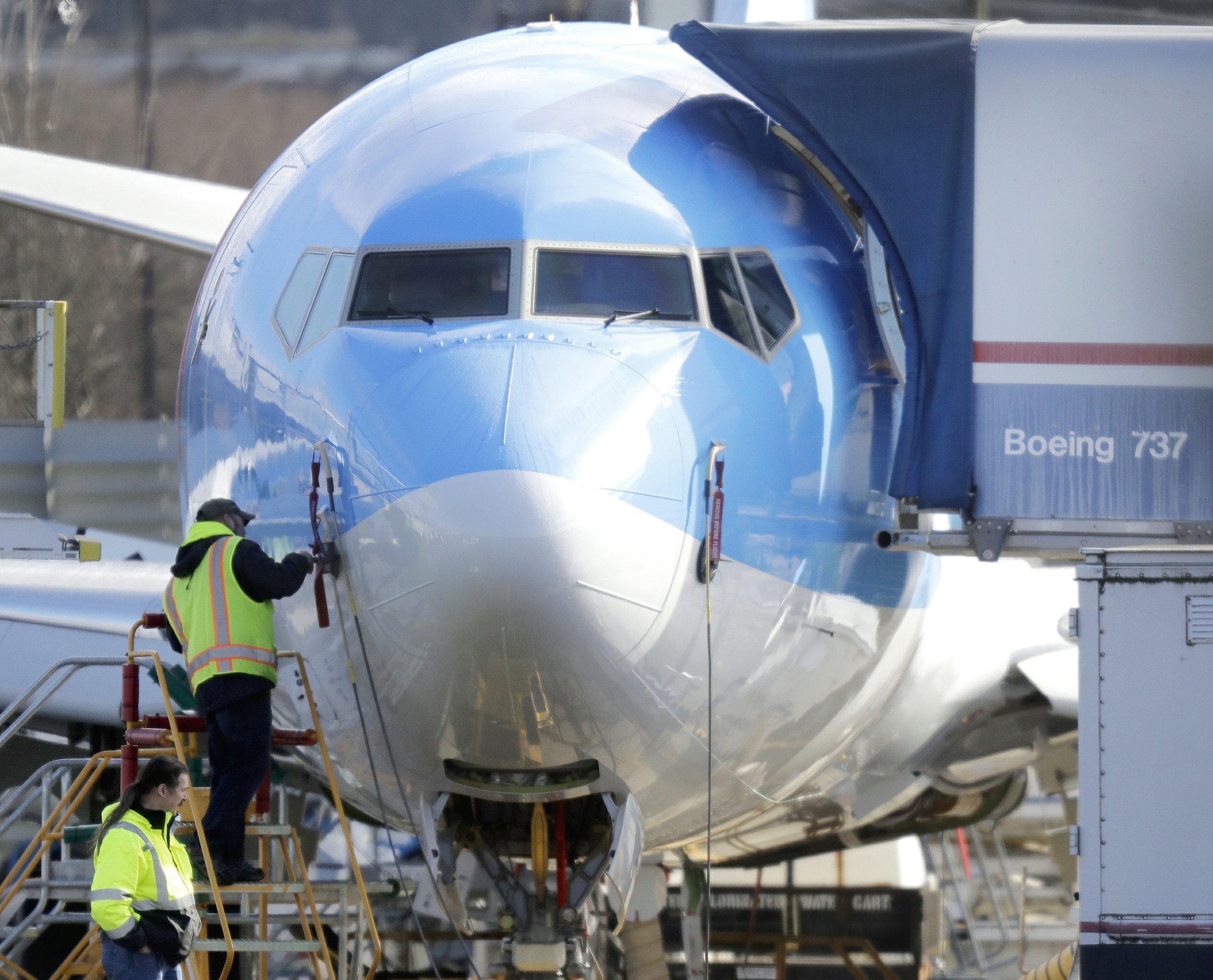 A worker stands on a platform near a Boeing 737 MAX 8 airplane being built for TUI Group at Boeing Co.'s Renton Assembly Plant in Renton, Wash. March 13, 2019. (Photo: AP)

CHICAGO, May 1 (Xinhua) -- Boeing on Wednesday named J. Michael Luttig as the newly-created position of counselor and senior adviser to deal with legal issues related to the two recent 737 MAX crashes.

Luttig, 64, who has served as general counsel since joining Boeing in 2006, will "manage all legal matters associated with the Lion Air Flight 610 and Ethiopian Airlines Flight 302 accidents," the Chicago-based aircraft company announced in a statement.

Luttig had served on the US Court of Appeals for the Fourth Circuit for 15 years before joining Boeing. He also held senior roles at the US Supreme Court, the White House and in private practice.

He will give advice to Boeing Chairman, President and CEO Dennis Muilenburg and the Boeing board of directors. Meanwhile, Brett Gerry succeeds Luttig as Boeing's general counsel.

A number of lawsuits have already been filed against Boeing in the federal district court in Chicago by family members of victims who lost their lives in two deadly crashes.

On-going investigations into the two accidents are reportedly pointing to faulty sensor readings and a flight-control system which pushed the doomed planes nose down.

Muilenburg told a shareholders meeting on Monday that Boeing is close to completing an update to the flight control software of 737 MAX aircraft.