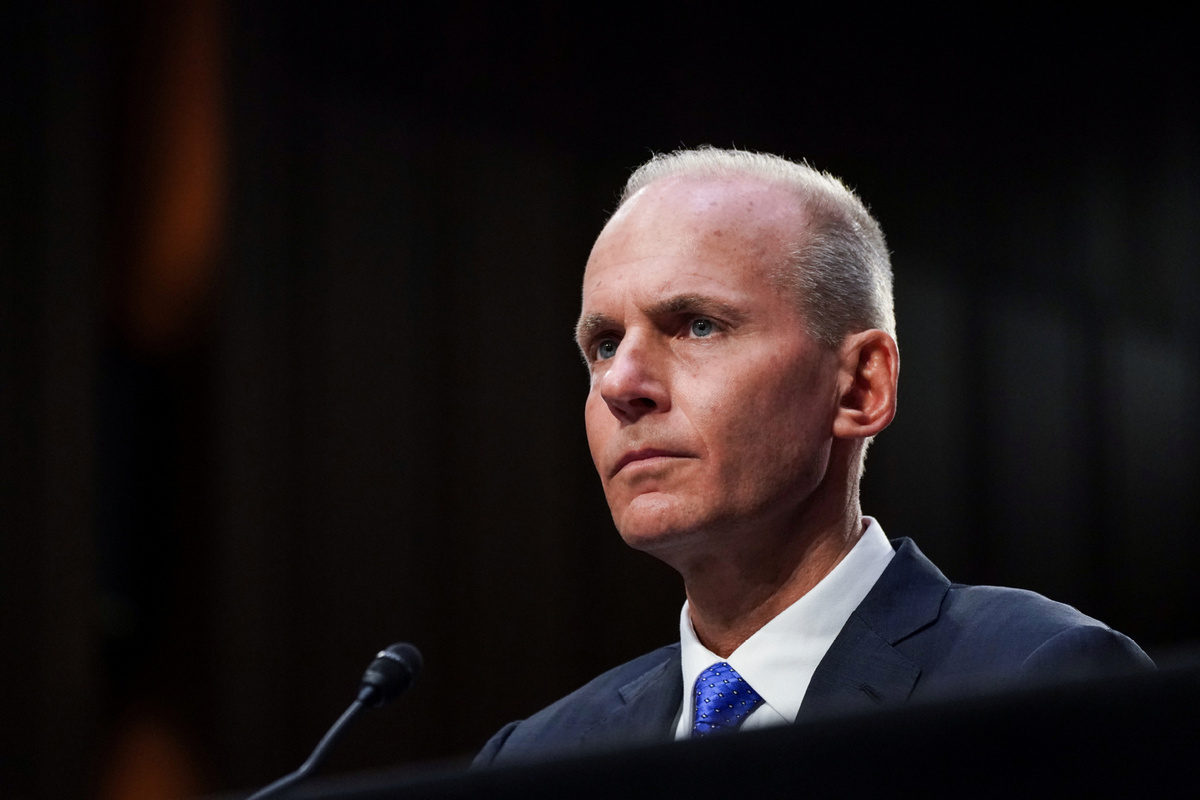 WASHINGTON - Boeing CEO Dennis Muilenburg acknowledged mistakes as he testified before the US Congress for the first time since two deadly air crashes of its 737 Max planes that killed 346 people, but he deflected tough questions such as why the company withheld details about its flawed new automated system.

Muilenburg told the Senate Commerce Committee on Tuesday that "we know we made mistakes and got some things wrong."

However, pressed by US lawmakers over how did the jet airliners with a risky flight control system already known to the company before the crashes kept flying, Muilenburg provided few details, and Senator Tammy Duckworth described his speech as "half-truths."

Specifically, Muilenburg was repeatedly grilled at the hearing about delays in turning over internal messages that described erratic behavior of the flight control software in a simulator.

The US Federal Aviation Administration (FAA) said Boeing covered up messages made by its two employees in 2016 when a Boeing pilot told his co-workers that the flight handling system was "running rampant" during simulator tests.

The pilot said "this was egregious," but "I basically lied to regulators (unknowingly)," according to the message transcript.

Both accidents -- Indonesia's Lion Air crash in October 2018 and Ethiopian Airlines crash this March -- involved the repeated activation of a flight control software function called MCAS, which responded to erroneous signals from a sensor that measures the airplane's angle of attack, wrote Muilenburg in a written testimony.

When asked when he learned of the messages, Muilenburg said, "I believe it was prior to the second crash." It happened about two years after Boeing engineers detected the potential problem. Boeing took no immediate reaction, and to make it worse, Boeing didn't report the messages to the FAA until this month.

In the hearing, senators expressed their dismay about Boeing's safety culture. Senator Marsha Blackburn said it was "disconcerting" that a company chief attributed wrongdoings to his "lack of awareness."

Also, while showing his sympathies to the family members of 737 Max crash victims who attended the hearing, Muilenburg only restricted his reflections to technical, instead of institutional, problems behind the accidents.

An international panel of safety regulators reported this month that the FAA outsourced its regulatory tasks to Boeing employees for 737 Max's safety, and Boeing put "undue pressures" on its employees working on 737 Max certification.

Asked about whether Boeing supported a new legislation on the oversight process, Muilenburg declined to give a clear backing. He rejected Boeing's "coziness with the FAA" when it comes to certification.

On the contrary, Muilenburg boasted in his written testimony that when the 737 Max returns to service, it will be one of the safest airplanes ever to fly.

Boeing once suggested the 737 Max may return to service "in the fourth quarter" with a best estimate, which, however, appeared unlikely. The FAA said in a recent statement that there was no "prescribed timeline" for returning the Boeing 737 Max to passenger service.

Muilenburg will testify on Wednesday before the US House of Representatives Transportation and Infrastructure Committee.