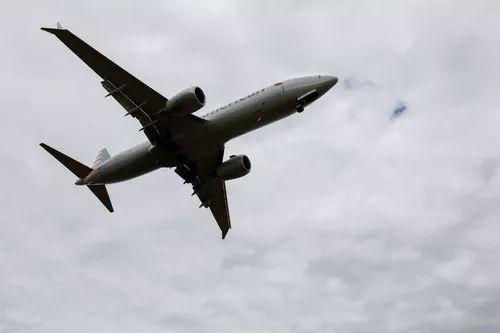 SAN FRANCISCO, April 17 (Xinhua) -- Boeing Company is making "steady progress" toward the certification of a software update for 737 MAX aircraft that have been grounded worldwide following two deadly air crashes in half a year, Boeing CEO Dennis Muilenburg said Wednesday.

"We're making steady progress on the path to certification for our 737 MAX software update thanks to the work of our Boeing pilots, engineers and technical experts," Muilenburg tweeted.

In the tweeted video, he said Boeing carried out a flight test of the updated software with its technical and engineering leaders on board the airplane on Tuesday. "That was the final test flight prior to the certification flight," he added.

He said Boeing's test pilots have conducted 120 flights totaling more than 203 hours of airtime with the anti-stall software fix for the Maneuvering Characteristics Augmentation System (MCAS).

Muilenburg also said he participated earlier Wednesday in another demonstration flight and witnessed this software's operating in its final form as designed across a range of flight conditions.

"Around the world more than 85 percent of our 50-plus MAX customers and operators have now experienced the new software through a series of simulator sessions," said the Boeing CEO in the video, standing in front of a 737 MAX plane at Boeing Field in Seattle, Washington State.

Boeing is working desperately to reprogram the software update to MCAS of 737 MAX aircraft, two of which crashed respectively in last October and on March 10 this year, killing a total of 346 people on board.

Investigators have zeroed in on the MCAS flight control system as a possible factor behind the two deadly tragedies.

Many countries including the United States have grounded the aircraft after a 737 MAX with Ethiopian Airlines crashed in March.