Boeing says it's discussing possible sales of the 737 Max with several customers as it tries to rebuild trust after two deadly crashes. 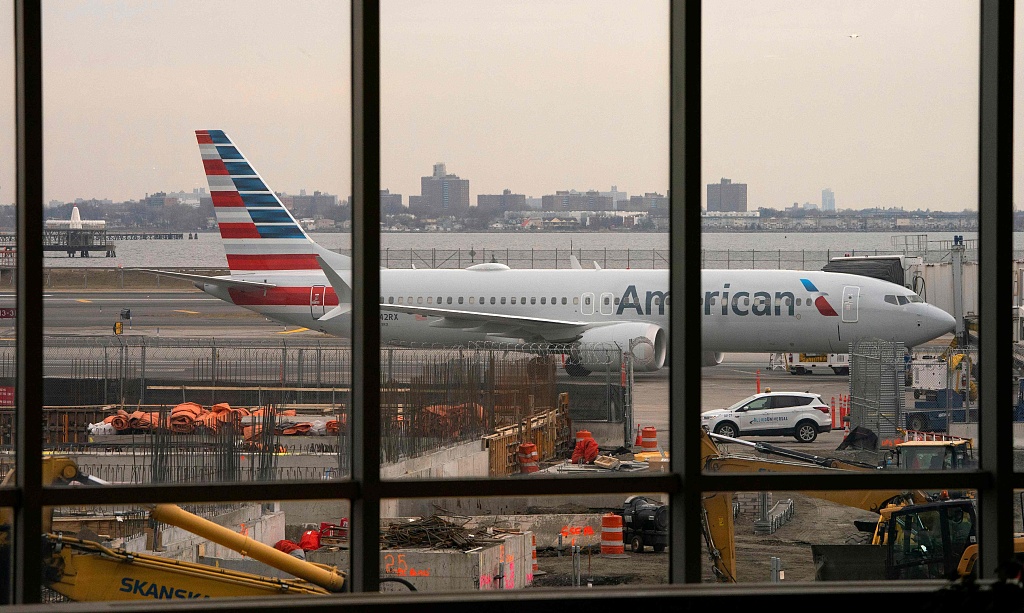 In this file photo taken on March 13, 2019 an American Airlines 737 Max sits at the gate at LaGuardia airport in New York. (Photo: VCG)

The plane remains grounded pending regulatory approval of a software fix. But Boeing Senior Vice President Ihssane Mounir told reporters Thursday that customers are considering new orders because "it's a long-term game, and people would like to get ahead of their plans."

At the Paris Air Show this week, Boeing won its first potential order for the 737 since an Ethiopian Airlines crash in March and a Lion Air crash in October that killed 346 people combined.

Mounir said Boeing isn't yet ready to launch a new plane they called the New Midsized Aircraft despite the launch this week of a similar jet by rival Airbus.