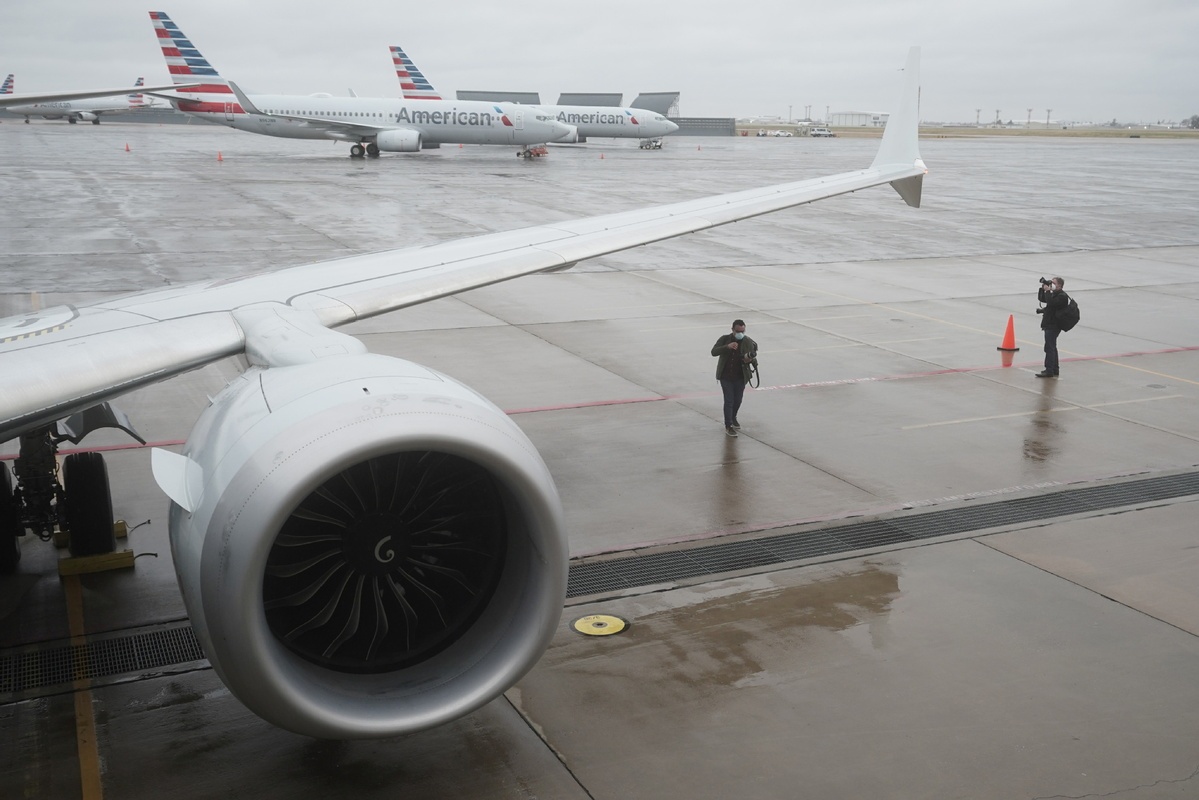 A photographer takes photos of an American Airlines Boeing 737 Max on the tarmac in Tulsa, Oklahoma, US, December 2, 2020. (Photo: Agencies)

Boeing received additional order cancelations for its 737 MAX jet in November, company data showed Tuesday, even as the plane readies to resume commercial flights this month.

The latest MAX cancelations bring Boeing's total to 536 orders since the start of the year.

The November figures include the restructuring of an order with Virgin Australia, which dropped a plan to receive 23 Boeing 737 MAX 8 plans, but will still receive 25 Boeing 737 MAX 10 planes under a later delivery schedule.

Global regulators had grounded the MAX for 20 months following two crashes that together claimed 346 lives. New jet demand has also been dented by a major downturn in air travel amid the coronavirus.

However, Boeing's fortunes have begun to improve after the Federal Aviation Administration's decision last month to clear the MAX for service.

That was followed by an announcement last week that Irish carrier Ryanair would acquire 75 of the planes.